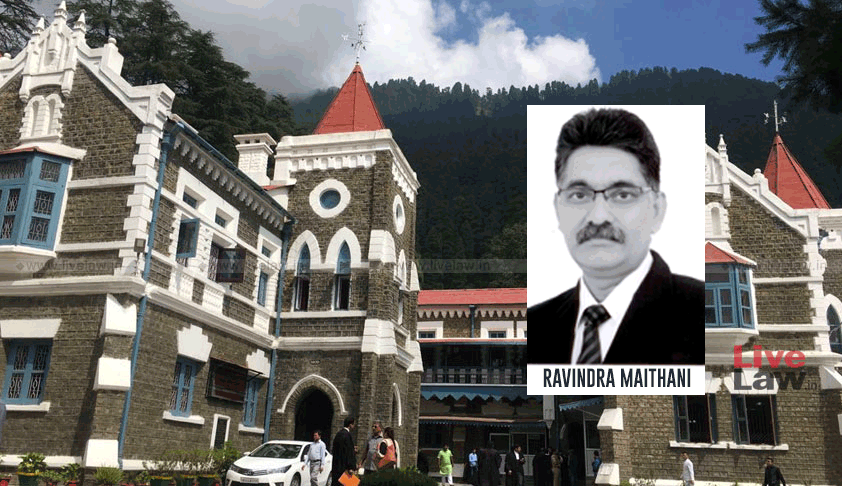 Three Judicial Judicial Officers including Supreme Court Secretary General Ravindra Maithani have been proposed by Supreme Court Collegium for appointment as judges of Uttarakhand High Court against three Service vacancies which existed on 29th May, 2018.

The other two are Narayan Singh Dhanik and Ramesh Chandra Khulbe.

"For purpose of assessing merit and suitability of the above-named recommendees for elevation to the High Court, we have carefully scrutinized the material placed on record and the observations made by the Department of Justice in the file. Apart from this, we invited all the recommendees with a view to have an interaction with them. On the basis of interaction and having regard to all relevant factors, the Collegium is of the considered view that all the three recommendees viz. S/Shri (1) Narayan Singh Dhanik, (2) Ramesh Chandra Khulbe, and (3) Ravindra Maithani are suitable for being appointed as Judges of the Uttarakhand High Court", states the resolution.

The collegium took note of certain complaints having been received against the three officers but opined that there wasn’t any substance in them.

"Certain complaints against the recommendations made by the High Court Collegium and representations regarding nonrecommendation of some senior Judicial Officers have been placed before us. Having gone through the justification given by the High Court Collegium in the Minutes of the meeting held on 29th May, 2018 for recommending the above three names, we do not find any substance therein".