SC Constitution Bench To Hear Land Acquisition Matters After The Hearing On The Validity Of S.377 IPC [Read Order] 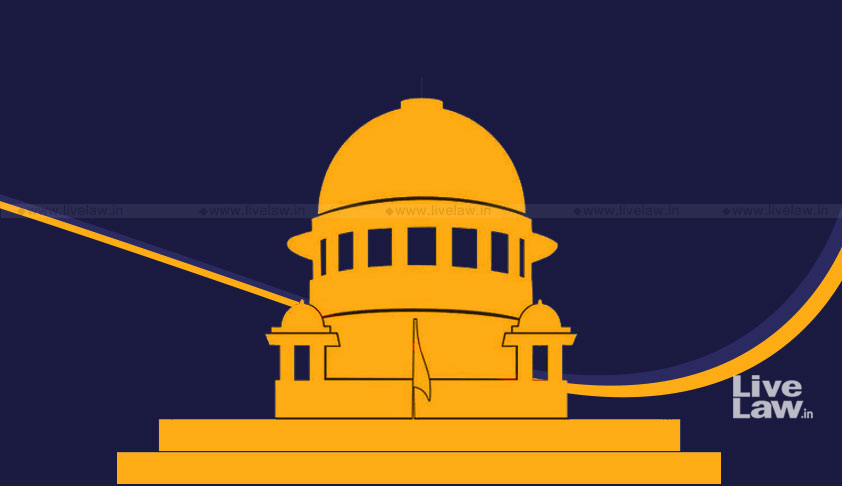 As the issue of interpretation of section 24 of the Right to Fair Compensation and Transparency in Land Acquisition, Rehabilitation and Resettlement Act of 2013 came up before a five-judge bench of Supreme Court on Tuesday, the bench directed the counsels to file propositions of law. “We would have proceeded for hearing of these matters but as we are in the midst of hearing of...

As the issue of interpretation of section 24 of the Right to Fair Compensation and Transparency in Land Acquisition, Rehabilitation and Resettlement Act of 2013 came up before a five-judge bench of Supreme Court on Tuesday, the bench directed the counsels to file propositions of law.

“We would have proceeded for hearing of these matters but as we are in the midst of hearing of another Constitution Bench matter, we think it appropriate to list these matters after conclusion of hearing of Item No.506 i.e. W.P.(Crl.)No.76/2016 . However, the matters shall remain in the cause-list”, said the CJI.

Writ Petition (Crl) No. 76/2016 [Navtej Singh Johar v Union Of India]was filed by five LGBT citizens challenging the Constitutional validity of Section 377 IPC.  A three-judge bench headed by the Chief Justice of India had referred the petition for the consideration of the constitution bench, observing that the matter involves substantial constitutional issues

Today the constitution bench clarified that the Constitution bench shall consider all aspects including the correctness of the 2014 decision in Pune Municipal Corporation [(2014) 3 SCC 183] and the recent judgment in Indore Development Authority.

Senior Counsel Mukul Rohatgi submitted, “The judgment in Pune Municipal Corporation was rendered by a three judge bench, based on which the judgment in UOI v. Shivraj [(2014) 6 SCC 564] was delivered. Subsequently, as many as over 200 orders/judgments have been pronounced on the same lines. Then there is the singular case of Indore Development wherein, on February 8, two members of a three-judge bench said that the entire line of Pune Municipal Corporation is per incuriam and one disagreed. ‘Per incuriam’ means negligence”.

“Further, The February 8 order listed for hearing all pending cases on February 16...Over 5,000 previously decided cases have been opened to review before the High Courts...on February 16, 19 and 20, as many as 100 cases were decided in about one-two minutes hearing”, he continued.

“On February 21, before a bench headed by Justice Madan B. Lokur, while the state cited the Indore judgment, I intervened and argued on points of reference. The matter was adjourned to tomorrow i.e. March 7”, advanced Mr. Rohatgi.

“Subsequently, on February 22, two benches headed by Justices Arun Misra and Adarsh Kumar Goel respectively placed the issue before the Chief Justice and thereupon the reference was made to this Constitution bench”, he continued.

In respect of the question of ‘per incuriam’ and obiter dicta, it was submitted on behalf of the petitioners, “A co-ordinate bench could not have stayed the order of another three-judge bench, but in the interim, the stay may be allowed to continue”.

At this point, Justice A. K. Sikri remarked, “This principle would also apply on the question of (the judgment in Pune Municipal Corporation being regarded as) ‘per incuriam’. It is prima facie wrong of a coordinate bench”.

“Of all the cases decided against us on February 16 and 19, over 100 cases had a delay of 2 years... status quo must be maintained in respect of these cases...what if possession is taken...If a judgment is given in ignorance of a statute, even a larger bench may be said to be wrong...”, Mr. Rohatgi sought to submit.

“There were only 50 cases...some cases were said to be covered by the decision and were accordingly decided and some were adjourned...besides, of the 5 issues decided in Indore Development, certain issues like those of laches and computation of period were not even discussed in Pune Municipal Corporation”, it was submitted on behalf of the petitioners.

The bench also took note of the Yogesh Neema v. State of MP [(2016) 6 SCC 387], wherein the ratio in Balaji [(2015) 3 SCC 353] on whether the period during which the award had remained stayed should be excluded for the purposes of consideration of the provisions of section 24(2) of the 2013 Act was referred to a larger bench.

Further, notice was taken of the order dated December 7, 2017 in Indore Development Authority v. Shailendra, wherein the question that whether by virtue of the provisions contained in section 24 of the Act of 2013 the proceedings lapsed on non-deposit of compensation in the Court was sought to be referred to a larger bench.

The issue is interpretation of Section 24 of the Right To Fair Compensation And Transparency In Land Acquisition, Rehabilitation and Resettlement Act, 2013. In 2014, a three-Judge bench interpreted this provision in Pune Municipal Corporation v Harakchand Misirimal Solanki, to mean those acquisition proceedings initiated under the 1894 Act five years prior to the coming into force of the 2013 Act  would lapse if the acquired land was not taken possession of by the State, or compensation was not paid to the displaced farmers.   This bench was presided by Justice R.M.Lodha, who has since retired, and comprised of Justices Madan B.Lokur and Kurian Joseph.

The bench held in this case that if the landholder refuses to receive the compensation, then it should be deposited with a court, rather than in the Government treasury if the proceedings were not to lapse.

The Arun Mishra-Adarsh Kumar Goel-Mohan M.Shantanagoudar bench, on February 8, in Indore Development Authority v Shailendra (D) Through LRS & Ors, held that this ruling in Pune Municipal Corporation because it held that the landholder, cannot take advantage of his own wrong, by refusing to take the compensation under the old Act, in order to make it lapse, so that he could get the benefit of higher compensation under the 2013 Act.

One three-Judge bench presided by Justice Madan B Lokur, stayed the hearing of compensation matters in the land acquisition cases in all the high courts and in the Court itself till it heard the parties on the of reference to a larger bench on the issue on March 7.   However, two two-Judge benches, one presided by Justice Arun Mishra and another by Justice Adarsh Kumar Goel, pre-empted it, by making a reference to the CJI for constituting a larger bench, to consider the same issue.