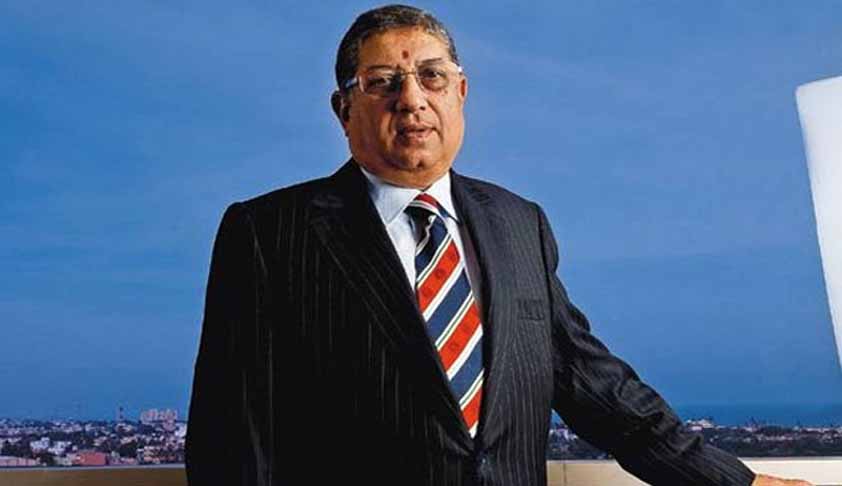 In a huge setback to BCCI President N Srinivasan, the Supreme Court today ruled that he cannot represent the Board at the ICC meeting next week as he had been earlier held guilty of conflict of interest.

A bench of justices Dipak Misra, A M Khanwilkar and D Y Chandrachud allowed BCCI's Acting Secretary Amitabh Chaudhary to represent the cricket board at the ICC meeting on April 24 and directed BCCI CEO Rahul Johri to accompany him.

On April 10, the apex court had said that a person, who is ineligible to become an office bearer in the BCCI and state cricket associations, cannot be nominated to take part in the ICC meetings.

“The only issue that is required to be decided today is who will represent the BCCI in the ICC meeting which is scheduled to be held on 24.04.2017. In course of hearing, we have been apprised that Mr. Amitabh Chaudhary, who is presently the acting Secretary of the BCCI can be nominated to attend the meeting. At this juncture, it is also submitted that Mr. Rahul Johri, the Chief Executive Officer should accompany him and attend the meeting of the Chief Executive Officers. Regard being had to the significance of representation of the BCCI in the said international body, i.e., ICC, it is directed that Amitabh Chaudhary shall represent the BCCI before the ICC and Mr. Rahul Johri shall accompany him and also attend the meeting of the Chief Executive Officers”, the bench said in its order.

The observations came when the counsel for the apex court-appointed Committee of Administrators (CoA) sought a hearing on the interim plea seeking clarification on whether persons, who are rendered ineligible to hold posts in cricket bodies as per the July 18, 2016 judgement, can be nominated as BCCI representative to take part in the ICC meeting.

Earlier, the apex court had accepted the Lodha committee's major recommendations on reforms in the BCCI, including a bar on ministers and civil servants and those above 70 from becoming its members, but left it to Parliament to decide whether it should come under RTI and betting on the game should be legalised.