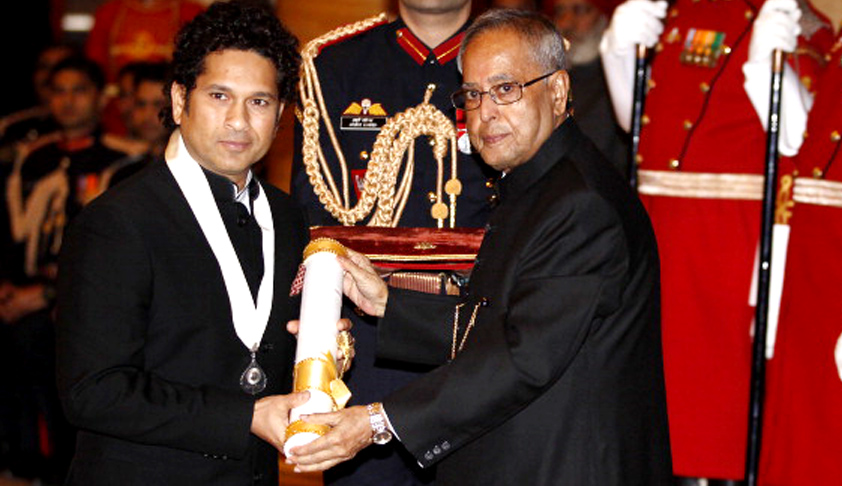 Supreme Court of India has dismissed a Special Leave Petition filed against the order passed by the Division Bench of Madhya Pradesh High Court whereby it dismissed a PIL alleging misuse of 'Bharat Ratna' in commercial advertisements by Sachin Tendulkar.

The Division Bench of Justices Dipak Misra and DY Chandrachud said that that there are no statutory provisions, rules and regulations which deal   with   the   allegations   that   have   been   made   against   Sachin.

Petitioner V K Naswah has highlighted two grievances, namely, certain authors have written books describing Sachin as 'Bharat Ratna' and also titled the book in that manner; and second, he has been   participating   in   certain commercial activities.

Dismissing the Petition, the Bench held that ‘In our considered opinion, what the petitioner intends to contend is that in the realm of regulation of conduct of an awardee which, we are disposed to think, cannot be gone into by this Court in the absence of any statutory provision. Had the Respondent No.2  written a book by using the words 'Bharat Ratna 'as a 'prefix' or 'suffix', the matter would have been different. When a third party writes a book, we have no hesitation in our mind that the Respondent No.2 cannot be held responsible’.