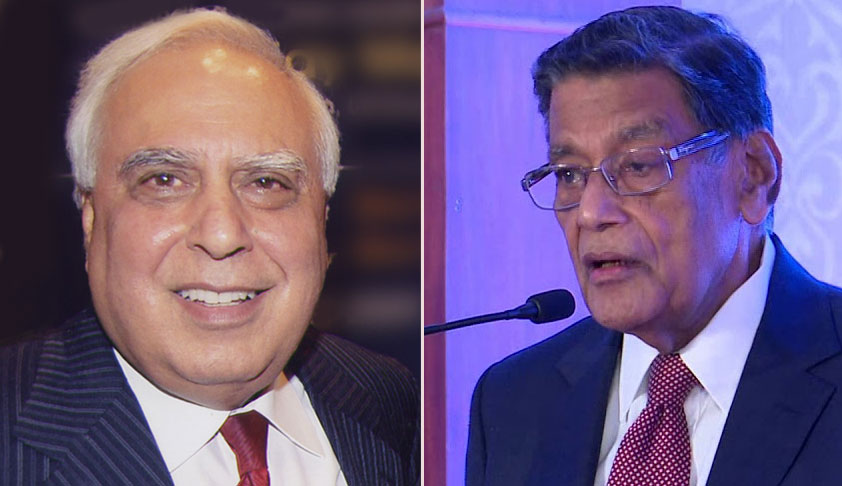 A Supreme Court bench of Justices AK Sikri and Ashok Bhushan has issued notice to the Centre on a plea which challenged the Madras High Court order dismissing the plea against the nomination of three BJP MLAs to the Puducherry Legislative Assembly made by the Centre without consultation with Chief Minister V Narayanasamy.

While posting the matter to August 28, the bench said it would hear the arguments on whether to refer the issue to a constitution bench.

Appearing for petitioner K Lakshminarayanan, Senior Advocate Kapil Sibal argued that in a federal structure, under Article 71 of the Constitution, the Centre is empowered to nominate MLAs without even consulting the elected government.

Appearing for the Centre, Attorney General for India KK Venugopal submitted that Puducherry is Union Territory and the Central Government has the authority to govern its own land.

Referring to Article 239 (A), the AG said: “The Lieutenant-Governor (LG) has been delegated with certain powers by the Centre. There is separate service by bureaucrats called DANIPS (NCT of Delhi, Andaman & Nicobar Islands, Lakshadweep, Daman & Diu and Dadra & Nagar Haveli Police Service) created by the Centre to govern its own territory. The Union has right to nominate three MLAs for Puducherry Assembly.”

On March 22, a Madras High Court bench headed by Chief Justice Indira Banerjee had held that the Centre’s nominations had been made validly and therefore Speaker V Vaithilingam was not right in refusing to accept those nominations.

Earlier, writ petition was filed with a plea to declare as unconstitutional and consequently quash the gazette notification.

One of the litigants had sought for an injunction restraining the Centre from in any manner nominating or filling up the three seats in the Assembly except with persons who had been selected by the council of ministers.