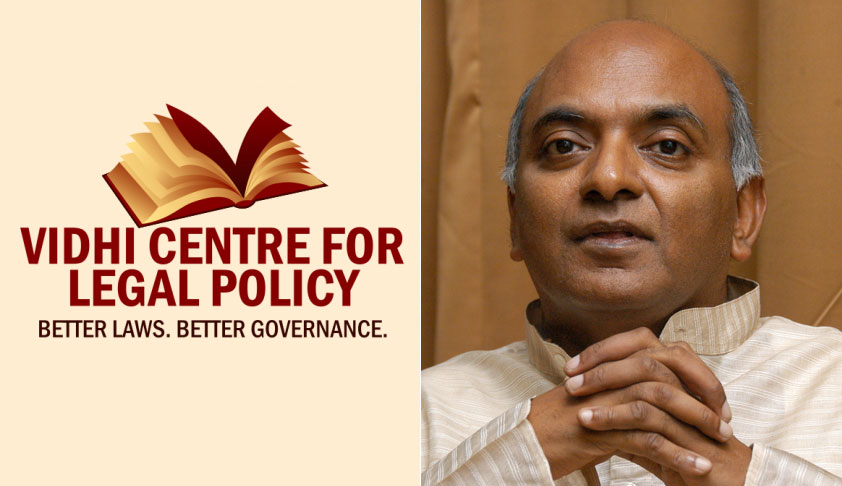 The Supreme Court Bench headed by Chief Justice of India Dipak Mishra has issued notice to Centre and states on a PIL filed by Vidhi Centre of Policy, seeking a direction to strike down 119 central and state legislation as they are discriminatory to people suffering from leprosy.Appearing for petitioner Senior Advocate Raju Ramachandran submitted there are 119 statutes which are discriminatory...

The Supreme Court Bench headed by Chief Justice of India Dipak Mishra has issued notice to Centre and states on a PIL filed by Vidhi Centre of Policy, seeking a direction to strike down 119 central and state legislation as they are discriminatory to people suffering from leprosy.

Appearing for petitioner Senior Advocate Raju Ramachandran submitted there are 119 statutes which are discriminatory to leprosy patients.

“Even Law Commission of India has also given its recommendations on the issue. articles 14,  19 and 21 are involved in the issue,” the Senior lawyer submitted.

“We are in the  third decade of 21st century, there is no justification to treat a person suffering from leprosy as a man to be kept away from mainstream”. Justice Misra remarked.

"The seminal issue that has been highlighted in the petition is that in the second decade of 21st Century, there is no justification to treat a person suffering from leprosy as a person who is to be kept away from the mainstream of life and suffer the agony on the age-old beliefs that the disease is a sin or for that matter, is infectious or something to do it genetics. With the discovery of modern medicines, the disease has become absolutely curable and, therefore, the steps are required to be taken to cure them and bring them in the society and not to keep them away in the leprosy homes where they feel different and sometimes alien", said the Bench.

As per the petition, provisions in these laws unfairly discriminate against persons affected by leprosy by denying them equal treatment under personal laws, in matters of employment and appointment or election to public office, as well as access to and free movement in public places.

“This unequal treatment irrationally treats persons affected by leprosy as a separate class on the basis of a medically inaccurate and outdated conception of the infectious nature of the disease and without taking into account the effectiveness of the prevailing standard treatment for the disease”.

The petitioner submitted that the 256th Report of the Law Commission of India on ‘Eliminating Discrimination Against Persons Affected by Leprosy’ (2015) recognized the effectiveness of Multi-Drug Therapy (MDT), and recommended the repeal and amendment of provisions under eight Central laws that allowed public authorities to isolate persons affected by leprosy from the general population and precluded persons affected by leprosy from accessing public services as well as benefits under personal laws.

“The classification in the provisions is also not founded in any intelligible differentia and bears no rational nexus to the objects sought to be achieved by the impugned provisions, thereby violating the right to equality before the law under Article 14 of the Constitution of India. Some of the impugned provisions additionally violate the right to move freely throughout the territory of India and the right to practise any profession, or to carry on any occupation, trade or business guaranteed under Article 19(1)(d) and Article 19(1)(g) of the Constitution of India respectively. The restrictions that the impugned provisions impose on these rights are not reasonable restrictions in the interests of the general public, in light of medical advancements in the treatment of leprosy that render the disease non-infectious after the administration of the first dose of MDT”.

It is also submitted that since the disease of leprosy is now fully curable and can also be rendered non-infectious through the first dose of treatment under MDT, the impugned provisions that discriminate against persons affected by leprosy serve no utility and have been rendered obsolete.

These provisions violate the fundamental rights of persons affected by leprosy under Articles 14, 19 and 21 of the Indian Constitution. Hence, it is respectfully submitted that in view of up-to-date medical evidence on the etiology, non-infectiousness and curability of leprosy, the impugned provisions no longer serve the purpose for which they were enacted, and therefore ought to be declared unconstitutional because they violate Articles 14, 19 and 21 of the Constitution.

“As a State party to the United Nations Convention on the Rights of Persons with Disabilities, 2007, the Government of India is mandated to comply with clauses (b) and (e) of Articles 4(1) and Article 5 of the UNCRPD, which require all State parties to eliminate discrimination against persons with disabilities, including persons affected by leprosy, and to promote their equal treatment in society. The Government of India also needs to respect and uphold the resolutions and declarations passed by international bodies that strongly condemn discrimination against persons affected by leprosy and call upon Governments to take action against such discrimination”.