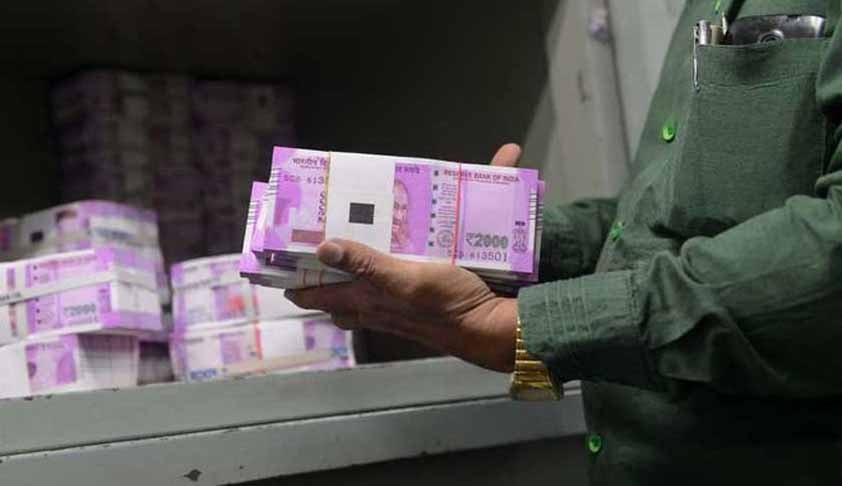 The Supreme Court today disposed of a PIL to curb "appalling effects of black money on free and fair election" asking the petitioner to approach the Election Commission.The PIL had also pointed to "unwillingness" of the Government to reform Election System and demanded that any transaction above Rs 2000 not done through dedicated bank account be shown as unaccounted."We grant liberty to...

The Supreme Court today disposed of a PIL to curb "appalling effects of black money on free and fair election" asking the petitioner to approach the Election Commission.

The PIL had also pointed to "unwillingness" of the Government to reform Election System and demanded that any transaction above Rs 2000 not done through dedicated bank account be shown as unaccounted.

"We grant liberty to the petitioner to submit a representation to the Election Commission.They may take any steps in accordance with the law", the bench headed by Chief Justice Dipak Misra said.

The PIL was filed by Supreme Court lawyer and BJP leader Ashwini Upadhyay.

A bench of Chief Justice Dipak Misra and Justices A M Khanwilkar and D Y Chandrachud asked: "How can we issue such directions to the Election Commission. How can we say somebody should have separate bank accounts etc?"

He prayed that the exemption under Section 13A of the Income Tax Act of 1961 be given only to those political parties which contest elections and win seats in the Parliament or Legislative Assemblies in line with the recommendations of the Election Commission of India.

He cited the findings of the Association of Democratic Reform (ADR) in its election expenses analysis for the Lok Sabha elections of 2009 that on an average, Members of Parliament declared an election expenditure of 59% of the total expense limit. Of the 6,753 candidates whose summary statements of expenses were available, a mere four candidates exceeded the ceiling and only 30 spent up to 90% of the expenditure limit. On the other hand, 1,066 candidates declared election expenses of less than Rs. 20,000 and 197 of lower than Rs. 10,000.

In their analysis on the sources of funding of political parties, the ADR found that more than 75% of the parties’ sources are unknown, while donations over Rs. 20,000 comprise only 9% of the parties’ funding.

Upadhyay cited the 2001 Consultation Paper of the NCRWC on Electoral Reforms, which estimates that the actual campaign expenditure by candidates is “in the range of about twenty to thirty times the said limits”.

It may be noted that Section 77 of the Representation of the People Act (RPA), 1951 along with Rule 90 of the Conduct of Elections Rules, 1961 prescribe the limit for expenditure in connection with an election incurred or authorized by a candidate.

Upadhyay contended that there were various loopholes in the laws regarding election expenditure, contribution and disclosure: “ First, and most importantly, despite the Election and Other Related Laws (Amendment) Act 2003, the subject of regulation under Section 77 only covers individual “candidates”, and not on political parties...clever accounting can allow parties to attribute large amounts of expenditure to their “leaders” and hence, avail of the exception under the Explanation of Section 77...the scope of Section 77(1) is very narrow and applies only from the date of nomination to the date of declaration and thus any expenditure incurred in the remaining period is exempt from any limit or regulation...”

Further, the petition averred, “...regarding political contribution, the Rs. 20,000 disclosure limit (under the existing Section 29C of the RPA) can be easily evaded by writing multiple cheques below Rs. 20,000 each, or giving the money in cash. Nor is the profit-linked contribution limit of 7.5% (as per section 182 of the Companies Act of 2013) a significant restriction for large companies.”

It was submitted that “because political parties are major stakeholders of our democracy. Therefore, they must be accountable to the public. This will ensure transparency and empower the people to make informed decisions about electing their representatives. Hence, Sections 29C, 29D, 29E, as recommended by the Law Commission of India in its 255th Report, should be inserted in the RPA”.