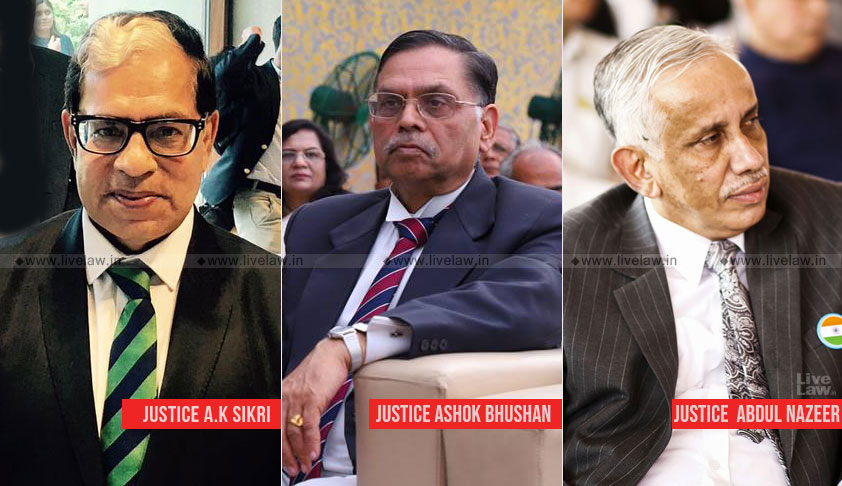 “We are of the opinion that no such special medical evaluation of the appellant is required.”

The Supreme Court has finally provided relief to an Indian Air Force officer who was subjected to repeated mental tests.

Squadron leader Mukund Sharma had approached the Armed Forces Tribunal (AFT) alleging that he has been subjected to mental tests in about four different hospitals, though each time he was declared fit and was found to be a normal person. To his dismay, the AFT also directed him to appear before the Review Medical Board. As he refused to appear, the application filed by him was dismissed by the tribunal.

The bench comprising Justice A.K. Sikri, Justice Ashok Bhushan and Justice S. Abdul Nazeer, on his appeal, observed that the approach of the AFT is clearly erroneous. The bench said: “In a matter like this when the appellant had produced the medical records of his earlier medical examination and had challenged the order of the respondent(s) subjecting him to undergo medical evaluation once again by a competent Medical Board, the AFT was supposed to look into the said material and see as to whether the challenge of the appellant to the orders was correct or not. Instead, the Tribunal itself passed the same kind of order, viz., directing the appellant to appear before the Review Medical Board.”

The bench, instead of remanding the matter to AFT, proceeded to hear the appeal on merits.

Referring to the reports which also contained some ‘adverse observations’ about him, the bench said: “They are not of serious nature and any normal person can also suffer from mild nature of depression etc. as indicated. Overall "conclusion and impression" in all these reports is favourable to the appellant.”

The bench observed that no such special medical evaluation of the officer is required, as nothing has been brought on record that in discharging of his duties in the last three years, he had shown abnormal behaviour.

“At the same time, it may also be clarified that the appellant is supposed to undergo routine/annual medical check-up and examination(s) to which all other Officers are normally subjected to,” the bench clarified.