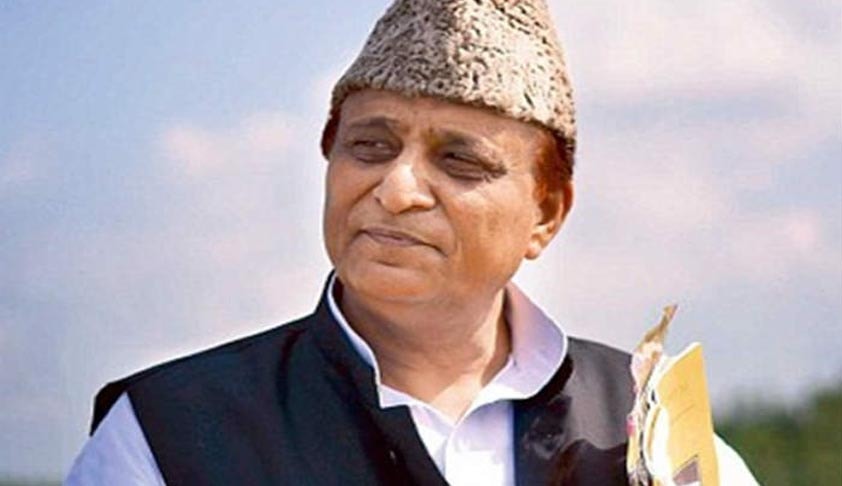 Uttar Pradesh Minister and Samajwadi Party leader, Azam Khan, has denied that he had stated that the Bulandshahr gang rape incident involving a minor victim and her mother, was a conspiracy to malign his party’s Government in the State.Khan’s lawyer, Kapil Sibal, disclosed his denial before the Supreme Court bench comprising justices Dipak Misra and Amitava Roy, on November 8, when the...

Uttar Pradesh Minister and Samajwadi Party leader, Azam Khan, has denied that he had stated that the Bulandshahr gang rape incident involving a minor victim and her mother, was a conspiracy to malign his party’s Government in the State.

Khan’s lawyer, Kapil Sibal, disclosed his denial before the Supreme Court bench comprising justices Dipak Misra and Amitava Roy, on November 8, when the bench considered the report of the Amicus Curiae, Fali S Nariman, on the issue.

The bench had earlier asked the CBI to issue notice to Khan for his reported remarks, which appeared to influence the ongoing investigation into the alleged crime.

The bench was acting on a petition filed by the minor victim seeking criminal prosecution of Khan for the comments and transfer of the trial of the case outside the state.

The bench had on August 29 framed four questions including “Whether the statements do come within the ambit and sweep of freedom of speech and expression or exceed the boundary that is not permissible”.

Khan’s denial of his reported remark at a press conference has led the Amicus Curiae to advise the bench to seek news organisations to submit sound bytes recorded by them, which purportedly show that he had indeed made those remarks.

Nariman has suggested that Zee News, NDTV, The Indian Express, The Hindustan Times, The Times of India and News18, could be added as party respondents in the case, as they have published reports of the press conference, in which Khan had made those remarks.

The case, Kaushal Kishore v State of Uttar Pradesh and Others, has taken an interesting turn with the Amicus Curiae, Fali S Nariman, submitting a detailed report on the issue.

Nariman is of the view that Khan may be liable under the tort law. The petitioner has alleged that his dignity has been affected and the reputation of the victim enormously suffered because of Khan’s alleged remarks.

“Mr. Nariman has also drawn our attention to the views of the Supreme Court of Canada which has gone to the extent of propounding the doctrine of the “negligent investigation” that attracts principles of tort and view of the Supreme Court of United Kingdom which has not accepted the said principle. Be that as it may, we will debate on this issue after we get the response from respondent no.2., said the Bench

In Hill v. Hamilton‑Wentworth Regional Police, the Supreme Court of Canada, holding that the tort of negligent investigation exists in Canada, observed that police are not immune from liability under the Canadian law of negligence, that the police owe a duty of care in negligence to suspects being investigated, and that their conduct during the course of an investigation should be measured against the standard of how a reasonable officer in like circumstances would have acted.

The Canadian Apex Court, in the judgment delivered by its then Chief Justice observed: “The law of negligence does not demand a perfect investigation. It requires only that police conducting an investigation act reasonably. When police fail to meet the standard of reasonableness, they may be accountable through negligence law for harm resulting to a suspect.”

But in United Kingdom and in other countries, there is no tort of negligent investigation. The principle deciphered from the judgment of House of Lords in Hill v Chief Constable of West Yorkshire is that the police are generally immune from negligence actions in respect of their activities in the investigation and suppression of crime.

As Khan is likely to submit his counter affidavit in the case, the bench has directed listing of the case at 2 p.m. on November 17