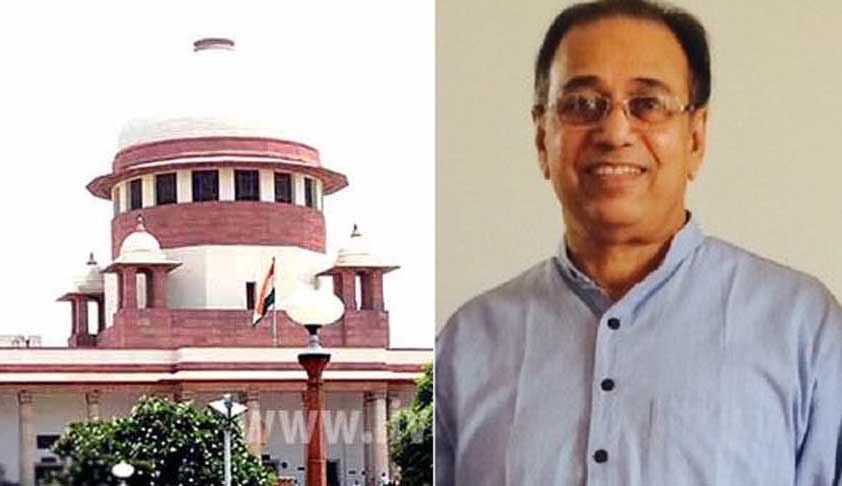 Supreme Court of India on Monday stayed the notice issued by Madurai Bench of Madras High Court to former Supreme Court Judge, Justice KS Radhakrishnan in relation to the PETA award he received in 2015.

After hearing Senior Advocate Sidharth Luthra and Advocate Shivshanker Panickar the Bench comprising Chief Justice Khehar and Justice Ramana has stayed all the further pproceedings in the matter.

Madurai Bench has listed the matter for hearing tomorrow.

Justice KS Radhakrishnan, who delivered the landmark judgment banning bull-taming sport jallikattu, has moved the Supreme Court on Friday to quash the notice and all proceeding pending before the Madurai Bench.

In the petition, Justice Radhakrishnan submitted that the Madurai Bench failed to appreciate the constitutional protection guaranteed to the judgment passed and to judges.

He also cited Section 3 (1) of the Judges (Protection) Act of 1985, which says that no court or any forum can initiate civil or criminal proceedings against judges on acts done in the course of his judicial functions.

The petition also stated that some prayers in the writ petition were not maintainable against him, as he no longer holds office as a judge, and is merely a private citizen of the country and, therefore, not subjected to the writ jurisdiction of high court.

“The Petitioner in order to make the Writ Petition maintainable, initially made the Secretary to the President of India as a Party but later that Party was deleted. The Ministry of Law and Justice has no role in the Writ Petition but was made party so as to see that a Notice is issued to the Petitioner”.

He also submitted that the petition was filed almost three years after the jallikattu judgment (Animal Welfare Board of India Vs A Nagaraja), almost two years after he was felicitated with the PETA award and three months after the dismissal of review petition in the case by a Supreme Court bench in which he was not a member. He was facilitated with the PETA award after nine months of his retirement. He also mentioned that the Judgment attained finality as the review is dismissed by a speaking order.

Read the Petition and order Here.