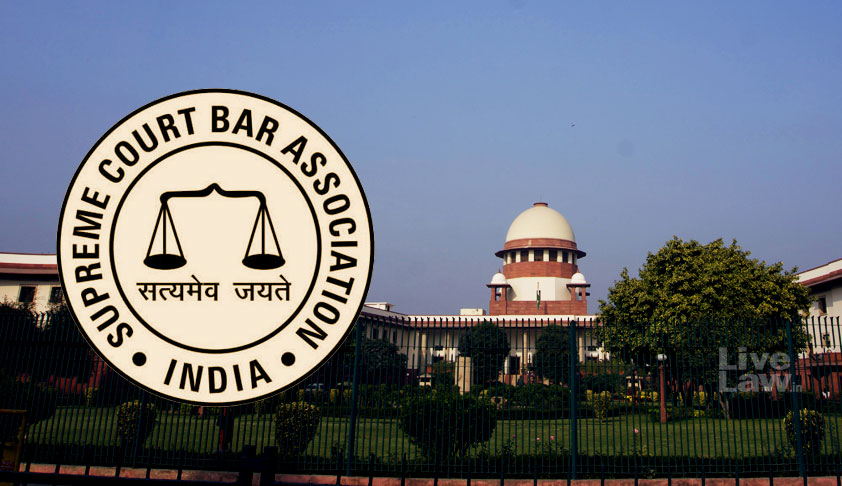 The Supreme Court Bar Association (SCBA) Executive Committee (EC) has called off the general body meeting scheduled by it on 7th May to discuss removal of its President, Mr. Vikas Singh and the proposed resolution to condemn the non-elevation of Justice KM Joseph.

The decision is learned to have been taken in view of an urgent meeting of SCBA Executive Committee members with Chief Justice of India today at 9.40 am. This meeting was followed by another Executive Committee meeting. SCBA President Mr. Singh was not present in the meeting with the CJI. According to the sources, the CJI discussed several issues that have been pending for some time, and also spoke about the allotment of land for chambers for lawyers on an urgent basis.

The CJI was also concerned about the division within the bar association, and requested the EC members to reconcile the differences of opinion amongst the office bearers. Even though the CJI did not specifically mention the need for calling off the scheduled general body meeting, the decision was taken nevertheless, "accepting the spirit of the meeting with the CJI", as told by sources.

It was on 1 May that a majority of the EC members had agreed to convene an extra-ordinary general meeting to take decision on "removal of the President", as well as condemn the Government's rejection of the recommendation to elevate Justice K.M. Joseph to the Supreme Court.

The Extra Ordinary General Body meeting was called after a requisition was signed by 181 members of SCBA, and submitted on 27 April. The requisition had stated that “while we stand for nomination of Ms. Indu Malhotra, Senior Advocate and one of our distinguished members, we express our deep anguish for non –inclusion of justice K M Joseph and selective processing of files contrary to the recommendation of the Supreme Court collegium. We strongly condemn the selective approach of the Executive and call upon the Hon’ble Supreme Court to take appropriate steps to restore the independence of Judiciary”.

As per the minutes circulated by majority members, during the meeting the EC expressed strong displeasure against the incorrect and unauthorized information given by the President to the media. This, they said, amounted to disrespecting and undermining the unanimous view of the EC. When faced with such allegations, they said that the President walked out of the meeting.

The SCBA Vice President was then asked to preside over the meeting. The EC was therefore of the view that "the conduct and behavior of Shri Vikas Singh (Sr.) is unbecoming of the President, SCBA and is not conducive for the proper, smooth and harmonious functioning of the E.C."

It had thereafter resolved by a majority of 15:3 that it "expresses its No Confidence in the President and resolves to convene a General Body Meeting for passing the following resolution: “Shri Vikas Singh, President be removed from the office of President, SCBA forthwith."

This agenda was also decided to be placed before the General Body Meeting which was supposed to be held on 7 May.