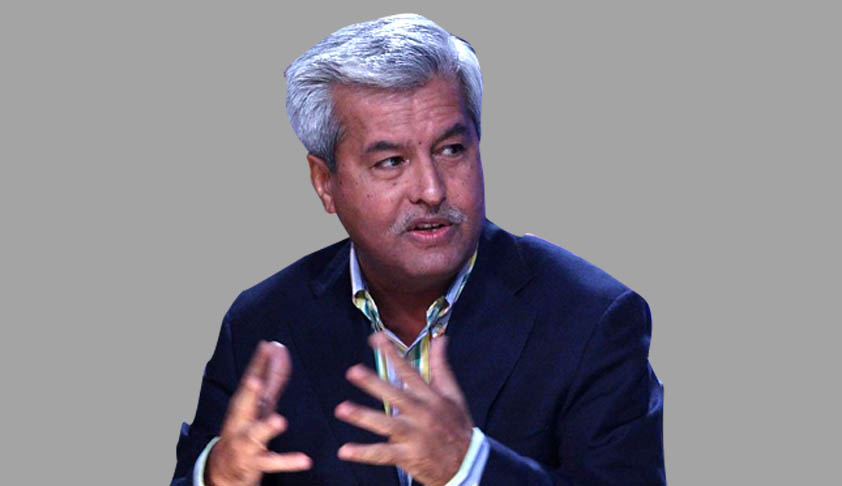 In a letter written by Dushyant A. Dave chiefly addressing the AORs, president of Supreme Court Bar Association, he tried revealing what had happened in the Court of Hon’ble Mr. Justice Ranjan Gogoi and Hon’ble Mr. Justice P.C. Pant. He  was briefed by an Advocate On Record to mention an SLP for listing since Registry was finding it difficult to list it for the reason that previous...

In a letter written by Dushyant A. Dave chiefly addressing the AORs, president of Supreme Court Bar Association, he tried revealing what had happened in the Court of Hon’ble Mr. Justice Ranjan Gogoi and Hon’ble Mr. Justice P.C. Pant. He  was briefed by an Advocate On Record to mention an SLP for listing since Registry was finding it difficult to list it for the reason that previous SLP against the same Judgment, filed by the same Petitioner and same AOR, was dismissed by same Bench only on the ground that it contained far too many typographical errors, sometimes making little sense about sentences or even the subject matter.

Hon’ble Bench while agreeing to list the matter, expressed its anguish about the seriousness of this problem, which according to the Hon’ble Bench is becoming a regular feature. It was also expressed by Hon’ble Bench that with over 50 to 75 SLPs on miscellaneous days it makes it extremely difficult for them to read and understand such matters in correct perspective. “The Hon’ble Bench observed that it was happy to see the President appearing since they wished to have the problem conveyed to the entire Bar,” the letter said.  Dave also told that he apologised on behalf of the AOR, who is otherwise very careful and competent and promised to convey their feelings and observations to the distinguished Members of the Bar.

He urged all the AORs to be very careful and ensure that such mistakes are avoided at all costs, also in the interest of justice for the litigants.

In a suo motu contempt proceedings [Suo Motu Contempt Petition No: 312 of 2013] initiated against Advocate on Record (AOR), Rameshwar Prasad Goyal, the Apex Court had come down heavily on the practise of AORs’ lending signature for petty amounts.

A Bench of Justices Dr. B S Chauhan and S A Bobde said,” In a system, as revealed in the instant case, a half baked lawyer accepts the brief from a client coming from a far distance, prepares the petition and asks an AOR, having no liability towards the case, to lend his signatures for a petty amount. The AOR happily accepts this unholy advance and obliges the lawyer who has approached him without any further responsibility. The AOR does not know the client, has no attachment to the case and no emotional sentiments towards the poor cheated clients. Such an attitude tantamounts to cruelty in the most crude form towards the innocent litigant. In our humble opinion, conduct of such AOR is certainly unbecoming of an AOR.”

The Bench added, “An AOR, whom the litigant has never briefed or engaged, has lended his signature for a petty amount with a clear understanding that he would not take any responsibility for any act in any of the proceedings in the Registry or the Court in the matter. The Advocate who has been obliged by such an AOR must be going inside the Registry in an unauthorised manner and must be appearing in the Court directly or engaging a senior advocate without any knowledge/authorisation of the AOR. It is beyond our imagination what could be more devastating and degrading for the institution of AsOR. Even a few of them indulging in such an obnoxious practice spoils the working of this court, without realising that Bench and Bar, both have to give strict adherence to moral code.”

The Bench also observed, “The multi-tier operation of one lawyer hauling a client and then acting as a facilitator for some other lawyer to draw proceedings or engage another lawyer for arguing a case is definitely an unchartered and unofficial system which cannot be accepted as in essence, it tantamounts to a trap for litigants which is neither ethically nor professionally a sound practice. Such conduct is ridiculously low from what is expected of a lawyer.”