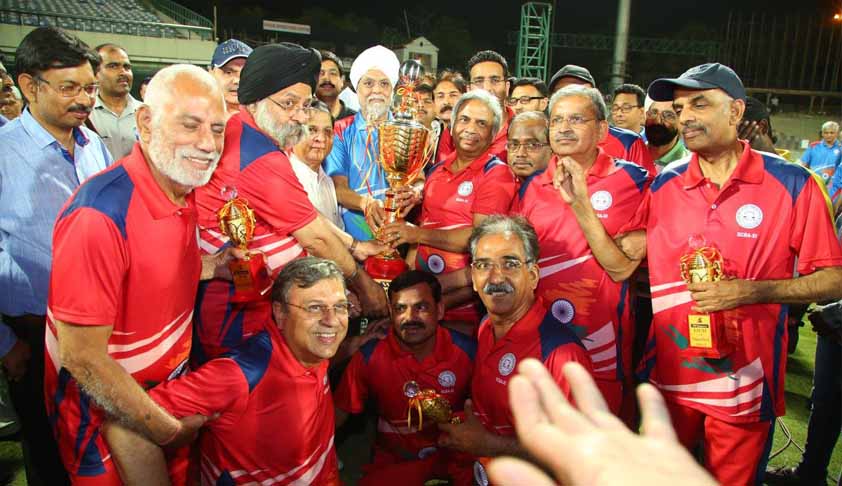 But the judges led by “playing captain” Justice Madan B Lokur , most of them aged between 62 and 65, showed surprising agility, energy and stamina on the field and impressed all. The lawyers won the toss and sent the judges to bat.

CJI XI managed to score a decent 136 in the stipulated 20 overs.

SCBA could manage it in 18 overs by losing just five wickets. Though the cricket match is an annual affair, the bonhomie was welcome in the midst of tension between judges and the Bar over some issues including seniority designations.

“Don’t think we are old; we are very strong people. We have been preparing for a year you know, not paying too much attention to courts,” , the Indian Express quoted Chief Justice J S Khehar as telling journalists.

Some time later,  Justice Khehar, the non-playing captain of the CJI XI wielded the willow for the official inauguration, scoring a four off a flighted delivery from lawyers’ non-playing captain, Rupinder Singh Suri, reports, the Indian Express When the first wicket of Justice L Nageshwar Rao fell, CJI Khehar cheered him coming off the field. “Don’t worry about it, we are with you,” he yelled.