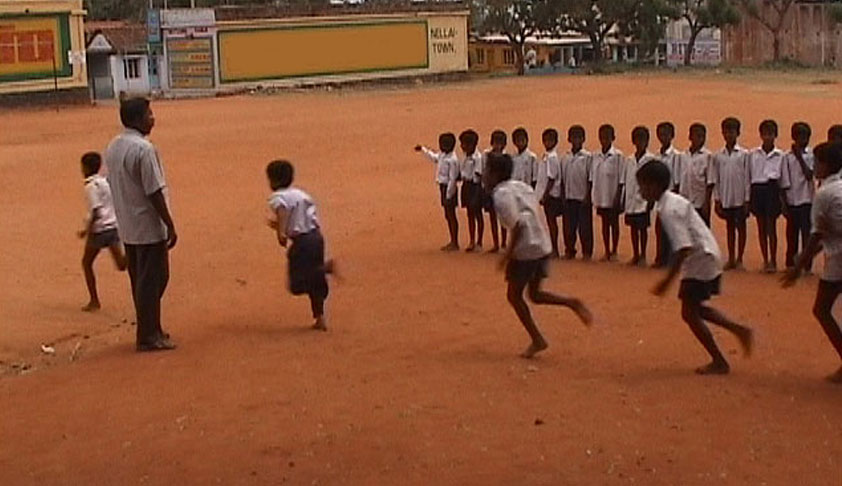 The Madras High Court has directed the State Government to consider issuance of a Circular or a Government Order (GO) making it compulsory for all the schools, whether aided or unaided, with more than 50 and less than 250 students, to hire physical education (PE) teachers on an hourly basis by fixing honorarium.

The bench comprising Justice Huluvadi G. Ramesh and Justice K. Kalyanasundaram further observed, “Such qualified persons who are less than 60 years and ready to accept such assignment, are available in plenty. Such persons could be deployed in the schools, which are having students' strength of less than 250 and more than 50. They may be utilised for about two hours a day to impart physical education and yoga to the students of such schools having lesser strength so that the physical activities of the students shall be taken care of, and further it would not be burdensome for the Government to adopt the above-said procedure.”

The Court was hearing a petition filed by the Director of School Education and two other officers, challenging an order passed in April, 2013 by a single Judge, allowing a government-aided school, ShriShanthi Vijay High School, to appoint a Physical Education teacher.

The Department had challenged this appointment relying on a GO passed in December 1997, which had sanctioned one post of Physical Education teacher, for schools where the student strength in Classes VI to X exceeds 250. Since the respondent school has only 54 students in Standard IX and 62 students in Standard X, it was found ineligible for appointing a Physical Education teacher. The State had essentially submitted that for schools with less than 250 students, there would be no work for the teacher.

The single Judge had however opined that the post of a Physical Education teacher could not have been withdrawn on the basis of the GO, especially in the case of the school before it, which is situated in the middle of the forest area and imparts education to the Scheduled Caste, Scheduled Tribe and Backward Class children.

Taking note of the submissions, the Division Bench now emphasized on the importance of physical education in schools, observing, “Whether the school strength may be more than 250 or not, we are of the view that the students studying in the school have to be given physical education to ensure healthy mind in a healthy body. Especially the children aged between 5 and 18 have to be taught physical education, along with yoga, in order to keep their physique in a good condition and also to concentrate on their studies. Thus, the need for physical education, should not be under-estimated.”

It then opined that for schools with lesser number of students than prescribed by the GO, such Physical Education teachers may be appointed on an hourly basis. It specified that in such cases, the appointment order for the teachers should clearly state that the appointment would not regularised.

“This observation is made only to ensure that even if the strength of the students is less than the prescribed one, physical education is very much necessary keeping in view the concept of healthy mind in a healthy body,” the Court added, modifying the single Judge’s order accordingly.