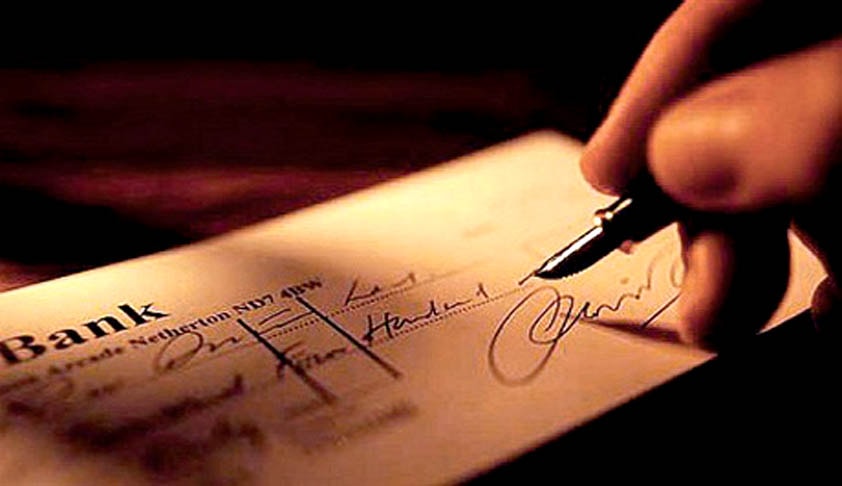 Subscription starts from
₹ 599+GST
(For 6 Months)
View Plans
Premium account gives you:
Subscribe Now
Already a subscriber?
Login
"When it is said it is illegal or unlawful consideration, it cannot be at any stretch of imagination be called a legally recoverable debt"

The High Court of Karnataka quashed a complaint filed for dishonour of cheque under Section 138 of the Negotiable Instruments Act on the ground that the complaint did not reveal any "legally enforceable debt", in the case R.Parimala Bai v. Bhaskar Narasimhiah..

When the Magistrate issued summons to the accused after taking cognizance of the complaint, the accused filed petition under Section 482 of the Code of Criminal Procedure, seeking to quash the proceedings. It was his contention that there was no legally enforceable debt in existence, as the cheque was given for illegal consideration received out of a void contract. It was contended on behalf of the complainant that the promise of securing job was a contract opposed to public policy, which was void as per Section 23 of the Contract Act. Specific reference was made to illustration (f) of Section 23, which covered a situation like the present case. Reliance was placed on a decision of Delhi High Court in Virender Singh v. Laxmi Narayain and another 2007 CrLJ 2262, which held that Sec.138 NI Act was not attracted for dishonour of a cheque issued for recovery of bribe paid for securing job.  Reference was also made to Supreme Court decision in Kuju Collieries Ltd v. Jharkhand Mines Ltd AIR 1974 SC 1892,  to buttress the point that when both contracting parties are equally at wrong, principle of restitution under Contract Act was not applicable.

Justice K.N Phaneendra of High Court of Karnataka agreed with the arguments of the accused, and held that there was no legally enforceable debt as the underlying contract was void. The Court found that the complainant himself has entered into a void contract with the accused and paid money as against the public policy for illegal purpose.

"As could be seen from the rulings cited by the learned counsel for the petitioner and the provision of Section 23 of the Indian Contract Act, it is crystal clear that if on the basis of a void contract and particularly if the consideration is illegal, and consideration is for immoral or illegal purposes or which is against public policy, then the whole transaction becomes void, the consideration paid in such contract becomes an illegal consideration and when it is said it is illegal or unlawful consideration, it cannot be at any stretch of imagination be called a legally recoverable debt."

"It is a well established principle of criminal law jurisprudence that, if on plain and meaningful reading of the FIR, the allegations made in the complaint or in the FIR do not constitute any offence or under any penal law for the time being in force, the continuation of such prosecution amounts to abuse of process of law"., observed the Court.