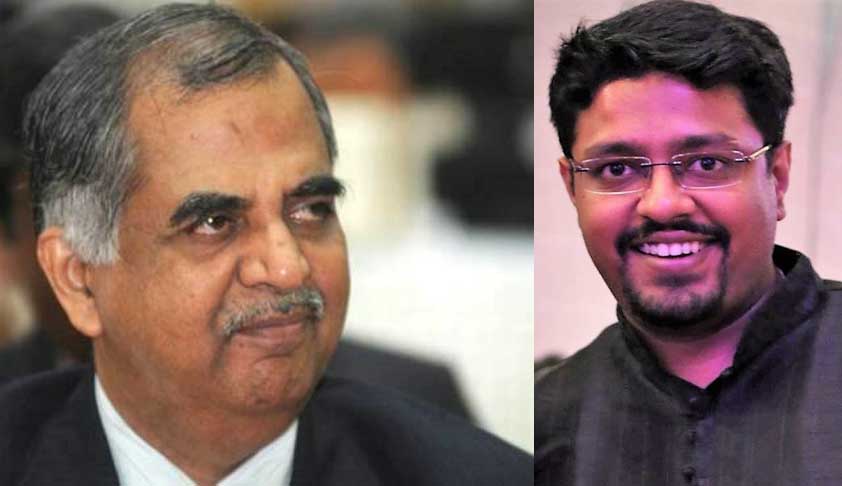 Senior Advocate R Basant and his associate A Karthik were recently showered with praises by the Supreme Court when the duo declined to accept any remuneration for rendering assistance in mediating and settling a decade-old case.

The dispute pertained to the control and management of two companies, the shares of which belonged to individual members of a family. While the court had made several attempts to settle the dispute out of the court, it was only now, with the assistance of senior advocate R Basant, advocate A Karthik and advocate DN Mitra, that the parties could agree on several contentious matters.

Lauding the efforts of the three advocates, the order issued by the bench comprising Justice Kurian Joseph and Justice R Banumathi said, “We record our appreciation for the services rendered by Mr R Basant, Senior Advocate, who was ably assisted by Mr A Karthik, Advocate. Mr R. Basant submits that this settlement has been arrived at between the parties by the assistance rendered by Mr DN Mitra, Advocate, and he also needs to be appreciated since he had been working not only as a counsel for one side, but has made sincere efforts for settlement. We thus record our appreciation for the assistance rendered by Mr DN Mitra, Advocate.”

The bench further noted that the senior advocate and his associate had refused to accept remuneration, despite the fact that the parties to the case were willing to pay the two lawyers.

“Despite the persuasive request of the Court, Mr R Basant and his associate Mr A Karthik have declined to accept any remuneration for the wonderful assistance, though we are convinced that they are entitled to receive the same,” it noted in this regard.

The parties then submitted that they will make “some substantial contribution” to the Tata Memorial Cancer Hospital. Appreciating the gesture, the court disposed of the case.

You may read: Senior Counsel Fee: How much is too much? By Esha Saha