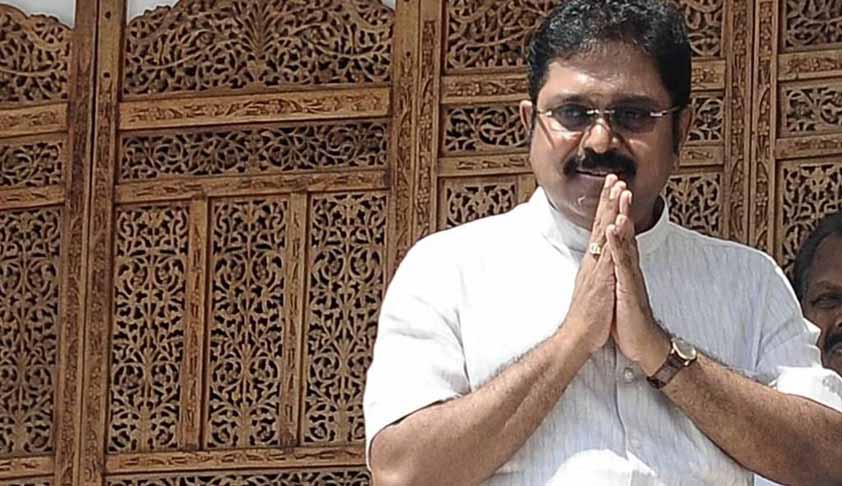 In a major relief to TTV Dhinakaran, the Delhi High Court on Friday upheld his right to use a common name and symbol by way of an interim arrangement while directing the Election Commission of India to allow his group to use a common symbol, preferably ‘pressure cooker’, after giving them proper hearing.

“I find considerable merit in the prayer made by the Petitioner (Dhinakaran) and the Application deserves to be allowed. However, keeping in view the nature of the relief sought in the Application, while upholding the Petitioner’s right to seek the use of a common name and symbol by way of an interim arrangement during the pendency of the Writ Petition, I deem it appropriate to direct the Respondent No. 1/ECI, which has the necessary expertise to deal with allotment of symbols, to pass an appropriate order permitting the Petitioner and his group of persons to use a common symbol (preferably “Pressure Cooker” as used by the Petitioner during the last election for the R.K. Nagar constituency) and also permit them to use the name of their choice, after giving them an appropriate hearing,” ordered Justice Rekha Palli.

“The needful shall be done within three weeks,” she added while disposing of the interim application moved by Dhinakaran.

Dhinakaran had moved the high court aggrieved by the order dated 23rd November, 2017, passed by the ECI while praying that his group be allowed to use the election symbol ‘pressure cooker’ for the local body elections likely to be held in April 2018.

It is to be noted that by its order of November 23, 2017, the ECI had decided the election dispute in favour of faction headed by Tamil Nadu Chief Minister Edappadi K Paliniswami and Deputy Chief Minister O Paneerselvam allotting them to retain ‘two leaves’ symbol.

Dhinakaran had, in his interim application before the Delhi High Court, said he was actually the real leaders of the AIADMK party and due to the Impugned Order of ECI, he and his group of cadres and leaders have been left without any name or symbol and are, therefore, unable to ventilate their political aspirations during the pendency of the writ petition.

During the hearing, the court found merit in ECI’s contention that it is only after a group completes the modalities of applying to the ECI for registration as a political party under Section 29(A) of the Act, and furnishes positive evidence of its strength and documents in relation to the votes polled by its members in the last general elections, that can it claim the allotment of a reserved symbol.

The court also agreed that claim to any particular symbol is not a matter of right.

While the ECI and others opposed Dhinakaran’s interim application saying the local body elections are not likely to be held in the near future, Justice Palli said, “The prayer of the Petitioner is not restricted to the local body elections alone. In fact, the Petitioner has not at all confined his prayer to any particular election, but has sought interim directions so that his group can continue to carry out its political activities as a unified entity during the pendency of the challenge to the Impugned Order before this Court.”