What's In A Name? Sikkim HC Upholds CJM’s Order That ‘Quashed’ A Complaint For Want Of Sanction Interpreting It As Order Of Discharge [Read Judgment] 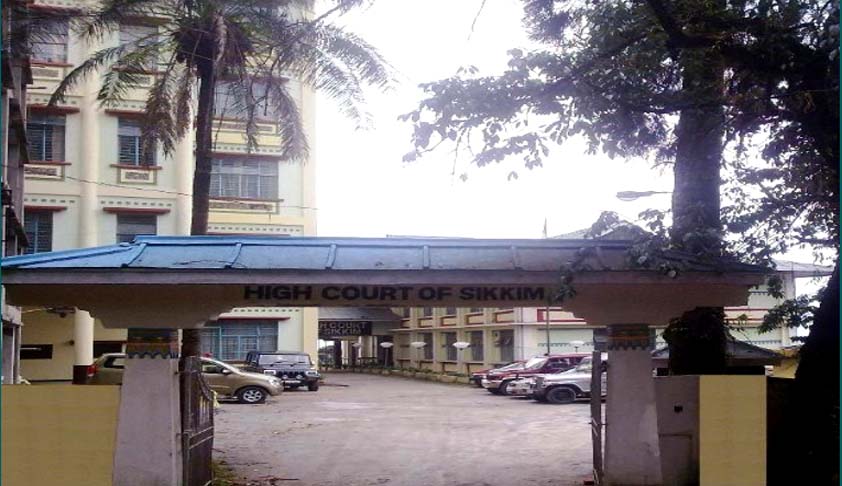 “There is a fundamental difference between dismissal and quashing. To dismiss would imply to terminate without further hearing and to quash would mean to annul or make void.”

The Sikkim High Court has upheld an order of magistrate that ‘quashed’ a complaint against police officers for want of sanction, by interpreting it as an order of discharge.

Explaining the difference between ‘quashing’ and ‘dismissal’, Justice Bhaskar Raj Pradhan observed: “The applications clearly sought for dismissal of the complaint under Section 197 Cr.P.C. The learned Chief Judicial Magistrate instead “quashed” the complaint. There is a fundamental difference between dismissal and quashing. To dismiss would imply to terminate without further hearing and to quash would mean to annul or make void.”

The CJM, in this case, had taken cognizance and summoned three accused and at a later stage allowed applications under Section 197 CrPC and ‘quashed’ the complaint as against two accused for want of sanction.

Before the high court, it was argued on behalf of the complainant that, the CJM, having taken cognizance and issued the process under Section 204 CrPC, did not have the power to move the clock back and quash the complaint and by doing so would amount to recall of the order issuing process. Referring to some Supreme Court decisions, the counsel for the complainant contended that only remedy open in such a situation would be to approach the high court under Section 482 CrPC.

The issue considered by the high court was whether the Chief Judicial Magistrate “quashing” the complaint would amount to a discharge under Section 245 (2) CrPC.

The bench, answering this question, held: “The learned Chief Judicial Magistrate may have not used the appropriate word by holding “the complaint against accused nos. 1 and 2 stands quashed for want of sanction under Section 197, Cr.P.C., 1973” but the very fact that the learned Chief Judicial Magistrate decided to proceed against the accused no.3 in the same complaint makes it evident that in effect the. Respondent Nos. 1 and 2 had been discharged.”

Justice Bhaskar Raj Pradhan, referring to the apex court decision in PK Pradhan, observed that the question of sanction under Section 197 CrPC can be raised any time after the cognizance; maybe immediately after cognizance or framing of charge or even at the time of conclusion of the trial and after conviction as well.

Dismissing the petition, the court upheld the CJM order, by observing thus: “It is held that the impugned order of the Chief Judicial Magistrate dated 25.10.2016 amounts to an order of discharge against the Respondent Nos. 1 and 2 under Section 245(2) Cr.P.C. for want of sanction under Section 197 Cr.P.C. So interpreted the impugned order dated 25.10.2016 passed by the learned Chief Judicial Magistrate and the order dated 29.08.2017 passed by the learned Sessions Judge brook no interference in exercise of the inherent powers of this Court and are accordingly upheld.”