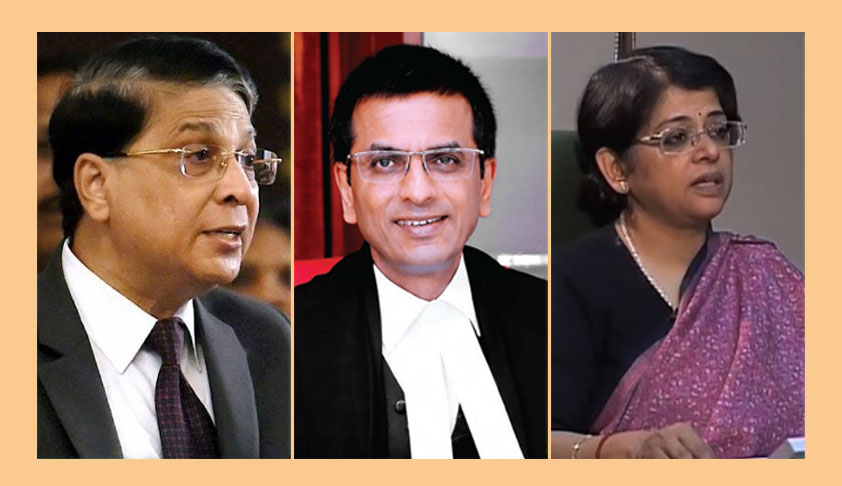 Six more petitions were today filed in the Supreme Court seeking quashing of  section 377IPC and which said the penal code cannot be allowed to criminalise sex between consenting heterosexual adults.

As senior advocate Anand Grover mentioned the petitions, a bench of Chief Justice and Justices D Y Chandrachud and Indu Malhotra said it will be heard on Tuesday, May 1.

These petitions may most likely be tagged along with pleas filed by hotelier Keshav Suri and earlier by five other celebrities which has been placed before a constitution bench.

The Questions Raised In The Petition

· Whether section 377 that criminalizes ‘voluntary carnal intercourse against the order of nature’, does not violate the fundamental right to privacy?

· Whether section 377 that criminalizes intimate expression between consenting adults does not violate the fundamental right to privacy, dignity and autonomy under the Constitution of India?

· Whether section 377 that criminalizes persons on the basis of their sexual orientation and identity, does not violate fundamental right to equality and non-discrimination under Articles 14, 15, read with Articles 19 and 21 of the Constitution?

· Whether section 377, which neither defines nor explains what constitutes ‘carnal intercourse against the order of nature’ is not arbitrary and violative of Articles 14 and 21 of the Constitution?

· Whether section 377 that impairs autonomy and expression in one of the most personal decisions of an individual’s life, i.e.the choice of one’s partner and intimate association is not violative of Articles19 and 21 of the Constitution?

The Supreme Court had on April 23 issued notice to the Centre on a plea filed by Suri, top businessman and Executive Director of Lalit Hotels, seeking to quash Section377 of the Indian Penal Code (IPC), which criminalises homosexuality.

"Let a copy of this petition be served on the ASG and the Centre shall file a response within one week", the bench had said.

Suri who himself is part of the LGBTQ community said that he constantly lives under the threat of a false prosecution, and is, therefore, unable to live a life of dignity whereby he can exercise his choice to have sexual relations with his partner whom he has been with for a decade now.

Suri'spetition is the latest to add to a list of PILs filed in the Supreme Court against Section 377.

While the curative plea filed by Naz Foundation was already pending, Businesswoman Ayesha Kapur, Bharatnatyam dancer and recipient of 2014 Sangeet Natak Akademi award Navtej Singh Johar, wellknown journalist Sunil Mehra, noted chef, author, restaurateur and TV personality Ritu Dalmia, and hotelier, writer and historian Aman Nath in last year january filed a joint petition which has been placed before a constitution bench for hearing. "Despite our achievements and contributions to India in various fields, we are being denied the right to sexuality, the most basic and inherent of fundamental rights," they had told the SC.

On the other hand Suri's petition claimed: "Owing to Section 377 of the IPC continuing on the statute book, various adult and consenting members of the LGBTQ (Lesbian, Gay, Bisexual and Transgender and Queer) community continue to face the threat of a false prosecution and some are actually facing it,"

Suri urged the apex court to pass an order restraining the respondent (Union of India) from taking coercive action against initiatives that promote equal opportunities for people with alternative sexual orientation pending for final hearing and disposal of the present writ petition.

The petitioner also stated that members of the LGBT community are ridiculed in various spheres of life, and equal work opportunities and pay are not given to them.Suri filed the writ petition under Article 32 of the Indian Constitution, seeking a direction to declare that the right to choice of sexual orientation is a fundamental right enshrined in part - III of the Constitution of India.

Earlier in 2009, the Delhi High Court had decriminalised Section 377, but the order was later set aside by a Supreme-Court bench.

Categorised as an unnatural offence, consensual sexual intercourse between persons of same sex is termed 'against the order of nature' under Section 377 of the IPC, and can be punishable by life imprisonment.