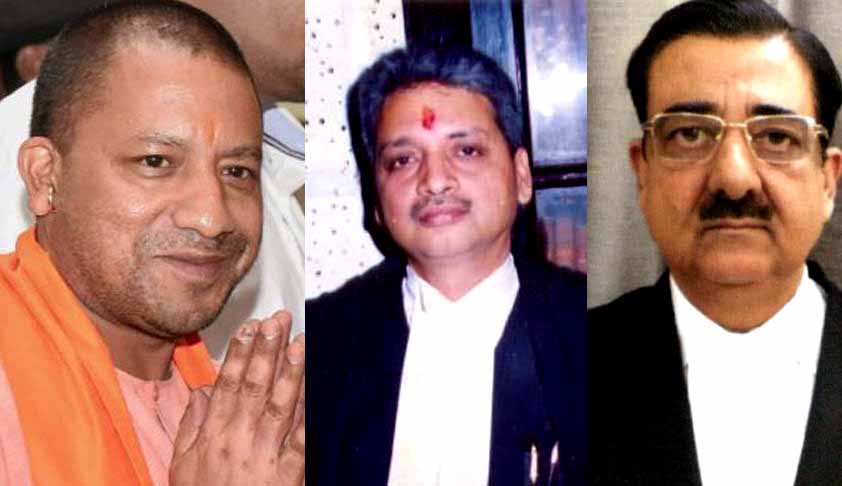 “It is expected that the State Government and all it's authorities shall make an endeavour to study the social, the economic and the legal impact and the practicality of implementation with a view to implement the laws as a Model Social Welfare State under our Secular Constitution with the objective of ameliorating the conditions in this field of trade and business, hygiene, sanitation...

“It is expected that the State Government and all it's authorities shall make an endeavour to study the social, the economic and the legal impact and the practicality of implementation with a view to implement the laws as a Model Social Welfare State under our Secular Constitution with the objective of ameliorating the conditions in this field of trade and business, hygiene, sanitation and healthy food for it's citizens on the anvil that it has the duty to do so”, said the bench.

“It shall be open to all the petitioners and such other persons to apply for registration or licenses as the case may be before the respective authorities under the 2006 Act and the 2011 Regulations and it shall be obligatory on the part of such authorities to assess and pass orders informing the applicants about the same. The Local Bodies shall be obliged to consider and grant No Objection Certificates as and where required under the 2011 Regulations”, directed the Bench.

A division bench of Justices Amreshwar Pratap Sahi and Sanjai Harkauli was hearing a batch of petitions challenging the State action in respect of shutting down of abattoirs and slaughter houses throughout the State, which in the opinion of the State Government were running unlawfully without complying with the provisions of the Prevention of Cruelty to Animals Act, 1960 read with the Prevention of Cruelty to Animals (Slaughter House) Rules, 2001, the provisions of the Food Safety and Standards Act, 2006 and the Rules, Regulations.

At the outset the Court observed that it is the issue of implementation of codified law through the respective authorities and it's practical implementation that has brought to the fore the filing of these writ petitions giving a cause of apprehension in the minds of the petitioners that they will be rendered unemployed and would be losing their livelihood.

“This also gives rise to a consequential apprehension that it would affect an individual to consume food of his own choice resulting in breach of Article 21 of the Constitution of India. Thus it is the implementation part and the obligations, duties and responsibilities to be discharged by the State and local bodies and any alleged failure on their part that has given rise to these petitions. The claim of rights and the corresponding obligations therefore being a matter of assessment under the relevant laws and then it's effective implementation appears to be the core issue on which the action or cause on behalf of the petitioners would fail or succeed”.

The Bench observed that the situation could have been more comfortably dealt with if the State itself would have undertaken an extensive exercise in assessing all such issues that have now been raised before the Court before taking any precipitate action by issuing Government Orders.

“For this we had on the previous occasions noted the submissions in our orders on behalf of the State that the matter is being looked into and studied by a High-Powered Committee for taking appropriate steps and declaring the policy of the Government under the law for the time being in force but in spite of this information having been given to the Court, the only affidavit which has been filed on behalf of the state in two of the writ petitions referred to above in the shape of supplementary counter affidavits is that the said Committee is making all endeavours to do the needful. Nothing has been brought before us after passing of such orders before this Court what deliberations have been made and what action has been taken by the State Government to study the entire issue in the constitutional, the legal and the practical aspects of implementation of the 2006 Act, the Rules and the Regulations framed there under as well as the other provisions in this regard. We may put on record that had this effort been made by the State Government more appropriately before taking any precipitate action the same could have been appreciated by this Court and could have been an aid in resolving the issue more effectively”.

Right To Livelihood & Right To Choice of Food

The Bench also held that all the citizens have the right to an adequate means of livelihood to subserve common good which in the instant case would also include the choice of food of it's citizens and all other such obligations that can be gathered from the constitutional provisions.These obligations may have to be discharged by the respective Bodies as per the distribution of work and powers available under different Schemes but the State Government cannot withdraw it's hands completely so as to result in the forestalling the on-going schemes already undertaken by the predecessor Government.

“There is yet another aspect of the matter which deserves attention, namely that the 2006 Act and the Regulations as well as Rules framed there under do not affect the right of a private individual for consumption of animal food personally. The Regulations are only for food business and trade as has been pointed by the learned Counsel with the aid of the definition contained in the 2006 Act which clearly regulate food manufacturer, food business, food business operators and the like. They therefore do not control the individual household activities of the citizens in this regard.

Do Not Prohibit, Rather Permit

The Bench also observed that it has to be kept in mind that the economic development of the State is being promoted by the Central Government as reflected in the documents on record coupled with the laws prevalent that do not prohibit rather permit the fostering of such activities that include poultries, fisheries, hatcheries, piggeries and the like which are essential and have a direct nexus with the consumption by the public at large.

The Bench also made it clear that in the event of any doubt about the exercise of such powers the matter shall be reported to the State Government forthwith without any delay and the Government shall be under an immediate obligation to convey it's directions for exercise of powers to the concerned authorities. Any slackness or any over doing shall be avoided while implementing these directions.

The Bench directed that a copy of the judgment shall be circulated amongst all Divisional Commissioners and District Magistrates throughout the State as well as Local Bodies through it's respective Chairpersons to provide all such material and information to the State Government for the implementation of such a policy in accordance with law and the State Government will then take a decision in this regard including that of making budgetary allocations and finances that may be necessary for implementation of the directions referred to here-in-above.