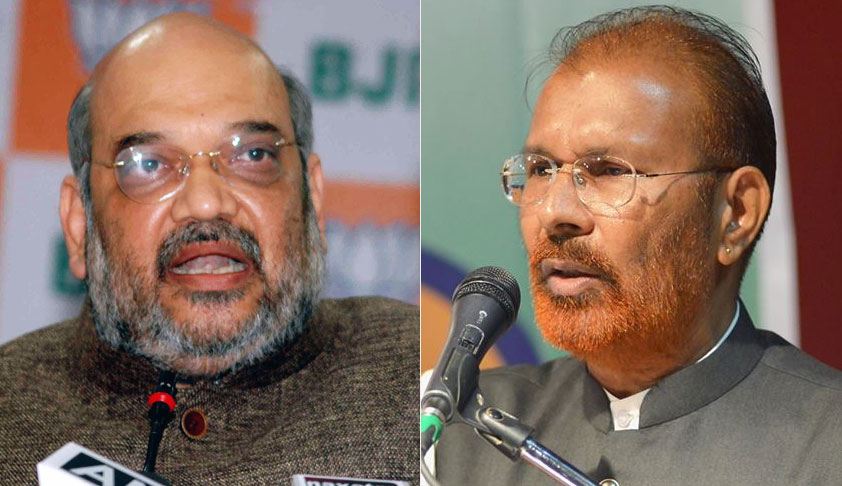 The prosecution informed the special CBI court on Thursday that examination of all the witnesses has been concluded after examining the second Chief Investigating Officer of the case. Out of the 210 witnesses that have been examined, 92 have turned hostile.

Sandeep Tamgadge, a 2001 batch IPS officer, was the second Chief Investigating Officer in the case after first CIO Amitabh Thakur’s departure from the case. Tamgadge filed his chargesheet in 2012. In the chargesheet, he had stated that BJP national president Amit Shah and Home Minister of Rajasthan Gulab Chand Kataria were part of a nexus of politicians and criminals. Sohrabuddin, Tulsiram Prajapati and Azam Khan were also a part of the same nexus.

He stated that Amit Shah, and IPS officers DG Vanzara, RK Pandiyan and Dinesh MN were the ‘principal conspirators’ in the case and their call data records along with CDRs of Vipul Agarwal, Ashish Pandya, NH Dhabi and G Srinivasa Rao were available with the CBI. He said that there was other evidence as well to prove that a conspiracy was hatched before the murders.

Tamgadge explained that Dinesh MN, SP Udaipur, had a crucial role to play in Tulsiram Prajapati’s encounter in 2006. He detailed how Dinesh had constituted a team of officers to escort Prajapati from Udaipur jail, where he was lodged, to the court. This team killed Prajapati and Sub-Inspector Ashish Pandya had shot himself in the arm to show that he was injured during the fake encounter, Tamgadge said.

Sohrabuddin’s brother Rubabuddin had stated that Prajapati had spoken to him from Udaipur prison and told him that Sohrabuddin was killed in front of him.

Along with Shah, all the senior police officers from Gujarat and Rajasthan have been discharged from the case, while their sub-ordinates like Ashish Pandya, NH Dabhi and G Srinivasa Rao continue to face trial as accused.

First CIO in the case, Amitabh Thakur, had stated before Special CBI Judge SJ Sharma that Amit Shah, Vanzara, Dinesh, Pandiyan and Abhay Chudasma had benefitted politically and financially from the encounter of Sohrabuddin Shaikh. However, he also stated that the CBI had no evidence against them and the CBI had no motive to prove against the 22 accused that stand trial presently.

All of the accused will now be examined under Section 313 of the Code of Criminal Procedure.