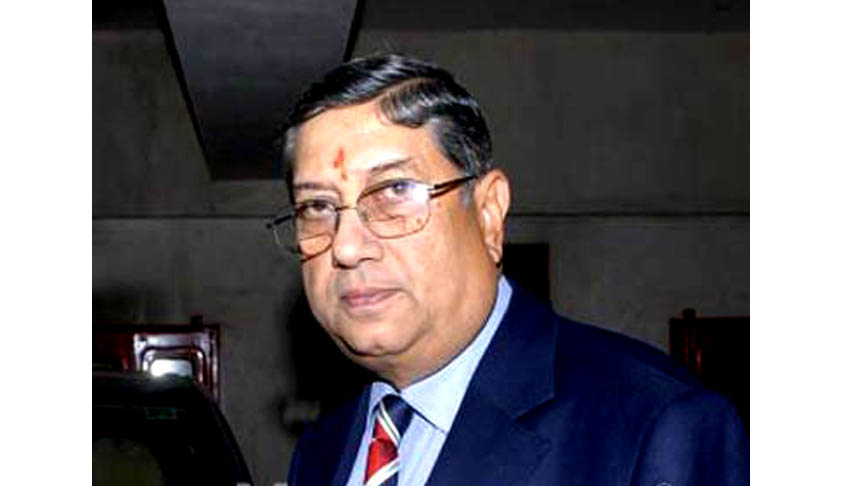 The Supreme Court of India has dismissed a plea by the Cricket Association of Bihar, demanding restrain over N. Srinivasan from contesting elections for the post of ICC President, to be conducted on June 27.

The counsel for the Cricket Association of Bihar reportedly asserted that Srinivasan had given an undertaking, stating he will not act as BCCI chief till the probe into IPL over was over, and hence Srinivasan should not represent the BCCI at the ICC. The Bench comprising of Justice C. Nagappan and Justice J.S. Khehar, however declined to hear the plea. CAB Secretary Aditya Verma had called on the Asian Cricket Council to bar N Srinivasan from heading the body, saying that allowing him to do so would be in violation of a Supreme Court order.

In a media release, Verma stated that, “The highest court of the country heard the matter. ICC has already violated the court order after allowing Srinivasan to attend the Dubai meet. When a person has been removed of his duties then why is the ICC endorsing Srinivasan. Is it violating its own constitution?"  He further added, "This is my third letter to ICC but I am still waiting for a reply. Once again I am repeating my allegations against Srinivasan and some cricketers mentioned in the report of Supreme Court constituted probe panel. I want to know from ICC why it is still keeping silent. Is he obliging you (ICC) with any other way because the entire cricket nation wants your clarification…The ICC constitution clearly mentions that a charge sheeted person or his relatives cannot hold any post or attend the ICC meeting. Srinivasan has already been charge sheeted by CBI Hyderabad in another matter".

There is an ongoing probe against Srinivasan and 12 other persons including his son-in-law Gurunath Meiyappan for allegations of betting and spot-fixing in the sixth edition of the IPL in 2013. Supreme Court had given out orders in March, which included removal of Srinivasan from the post of BCCI President, Sunil Gavaskar taking over while the investigation is still on and removal of All India Cements employees from whatever position they are in the BCCI, staff, auditors, Chief Financial Officer and even the computer operators. BCCI senior vice president Shiv Lal Yadav was asked to look after other affairs of the board.

His tenure as BCCI chief expires in September 2014. With the IPL scam case still pending in the court, Srinivasan will have an opportunity to attend ICC meetings and represent BCCI, as also contest the elections. Verma’s fight against the “corrupt” system continues.