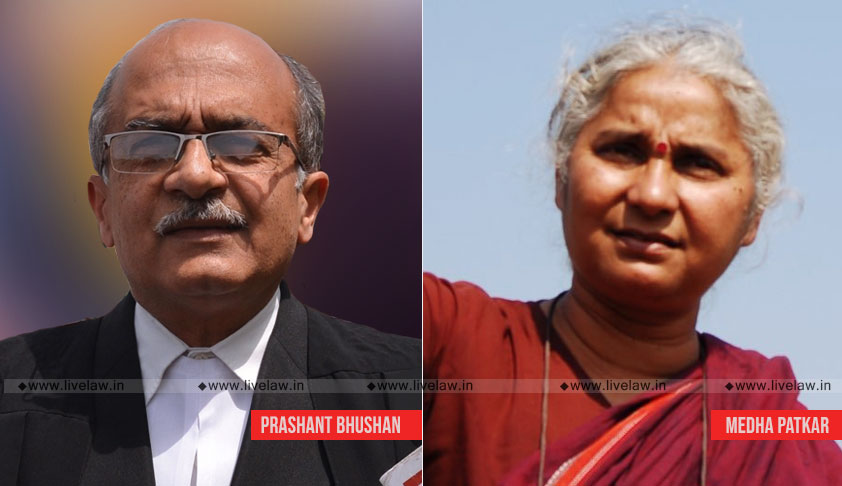 The Supreme Court has issued a notice in a writ petition challenging certain amendments made by state governments to the Right to fair Compensation and Transparency in Land Acquisition, Rehabilitation and Resettlement Act, 2013 and connected Rules.

Advocate Prashant Bhushan appearing for the petition filed by Medha Patkar and other social activists, submitted before the bench comprising Justice Madan B. Lokur and Justice Deepak Gupta that these amendments is adversely affecting the interest of the Land Owners and farmers of the country.

The bench then issued notice to the states of Gujarat, Andhra Pradesh, Telangana and Jharkhand.

The petition reads: “The Central Act of 2013 and Central Rules 2014 brought to make right under Article 21 of the constitutional make effective just like the Right to Information Act 2005 brought to pre existing fundamental rights. The Central Act of 2013 and Central Rules 2014 ensures that lively good of citizens will not be taken away unless (1) it is essential in public interest and that is seen by social impact assessment, (2) the affected persons are given rehabilitation (alternate livelihood). Only after satisfying these conditions the land can be taken forcibly. The State Government have amended the acts and rules and taken away the fundamental rights of the citizens.”

They also contend that some amendments have removed the consent clause of PPP and also diluted the provision for return of unutilized land.

The petition further says: “The Central Act of 2013 was brought to give effect to pre-existing fundamental right to livelihood of citizens. It ensures that livelihood will not be taken away unless: 1) it is in public interest and that is seen by social impact assessment 2) The affected citizens are given rehabilitation. The amendments made without considering the above factors will take away fundamental rights of the citizens.”