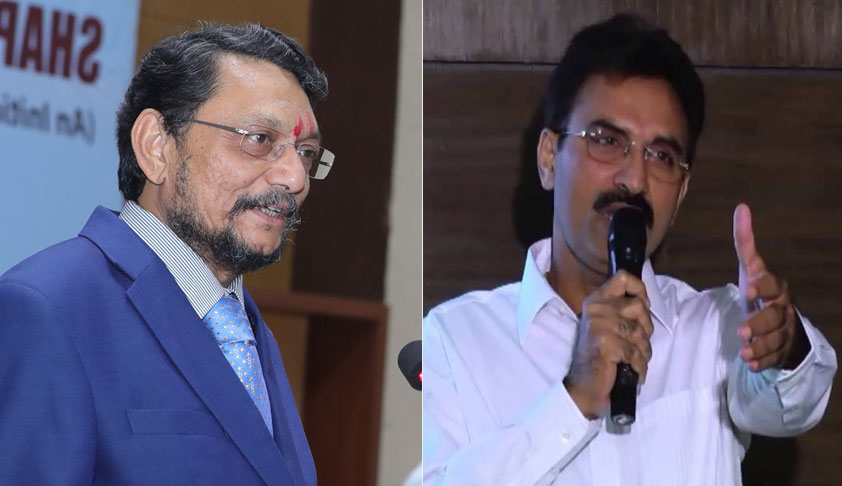 The State Government would be entitled to withdraw such certificate where it is obtained by playing fraud on it or any circumstances where the very substratum on which the Essentiality Certificate was granted disappears or any other reason of like nature, the bench clarified.

The Supreme Court in Chintpurni Medical College and Hospital v State of Punjab has held that the state government has no power to withdraw the Essentiality Certificate granted to a medical college except on the ground that it was obtained by playing fraud on it or any circumstances where the very substratum on which the Essentiality Certificate was granted disappears or any other reason of like nature.

A bench of Justice SA Bobde and Justice L Nageswara Rao held thus while allowing a writ petition filed by Chintpurni Medical College and Hospital challenging withdrawal of Essentiality certificate granted to it by the Government of Punjab.

Senior Advocate Mukul Rohtagi, appearing for the college, submitted before the bench that Essentiality Certificate is issued for the specific purpose of certifying the need for opening a new medical college in a state and once such a need is certified and the college is established, there is no power conferred by the Indian Medical Council Act or the Regulations to withdraw such a certificate except on the ground of fraud.

The bench explained the concept of Essentiality Certificate as follows:  “Essentiality certificate thus certifies that it is essential having regard to specified factors that the opening of the proposed college is essential in the State, in public interest. Further, that the applicant has the necessary land and building for running it. What is significant to note is that the law requires that an applicant must possess an Essentiality Certificate from the State Government mentioning therein that it is essential to have a Medical College as proposed by him. The purpose is interalia to prevent the establishment of a college where none is required or to prevent unhealthy competition between too many Medical Colleges.”

The court observed that it would be impermissible to allow any authority, including a state government which merely issues an Essentiality Certificate, to exercise any power which could have the effect of terminating the existence of a medical college permitted to be established by the Central Government. The bench said: “This the State Government may not do either directly or indirectly. Moreover, the purpose of the Essentiality Certificate is limited to certifying to the Central Government that it is essential to establish a Medical College. It does not go beyond this. In other words, once the State Government has certified that the establishment of a Medical College is justified, it cannot at a later stage say that there was no justification for the establishment of the College. Surely, a person who establishes a Medical College upon an assurance of a State Government that such establishment is justified cannot be told at a later stage that there was no justification for allowing him to do so. Moreover, it appears that the power to issue an Essentiality Certificate is a power that must be treated as exhausted once it is exercised, except of course in cases of fraud. The rules of equity and fairness and promissory estoppel do not permit this Court to take a contrary view.”

‘Deficiencies’ can’t be a reason to withdraw essentiality certificate

The state had referred to the deficiencies in the functioning of a Medical College for a particular period. In this regard, the bench said: “Deficiencies by their nature are curable and can be removed. To allow the State Government to withdraw an Essentiality Certificate and say that it is no more essential that there should be a college at all would lead to gross arbitrariness since logically the existence of the Medical College would again be justified if the deficiencies are removed. The question of the justified existence of a college and the irregular/illegal functioning of an existing college belong to a different order of things and cannot be mixed up. A certificate constitutes a solemn statement by an authority certifying certain conditions of things. Persons acting on such certificates are entitled to assume that the certificate will ensure and not be pulled out from under their feet for extraneous reasons.”

The court also observed that the state’s claim that it must have the right to inspect a college after it is established to see whether there are adequate numbers of doctors, patients etc. to justify its continued existence is completely hollow and unfounded.

The bench also rejected the submission based on Section 21 of the General Clauses Act holding that the said Section has no application to a certificate since a certificate is neither a notification nor an order, rule or bye-law as contemplated by that Section. The court held that the function of the state government in granting an Essentiality Certificate must be construed as a quasi-judicial function.

The Bench observed: “The Government is required to, while issuing the certificate in Form 2, to determine the justification and feasibility of opening the proposed college in the State. Towards this purpose, it is bound to enquire and determine the existence of several factors such as the number of existing institutions, the number of doctors becoming qualified annually, the number of doctors registered with the State Medical Council and employed in Government Service, registered with employment exchange etc. It must also determine the doctor population in the State, the doctor-patient ratio to be achieved and the impact of the proposed college on the availability of medical manpower in the State.”