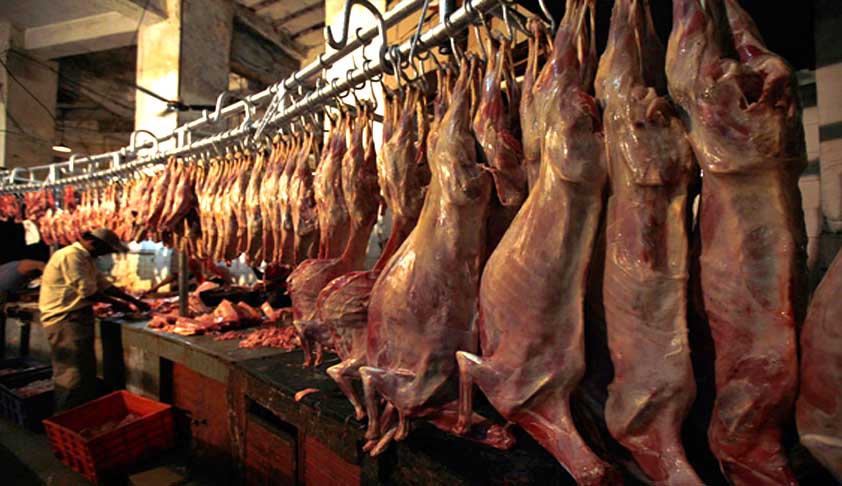 The High Court of Bombay, on Sunday, asked the Maharashtra Government to decide in six weeks time the days on which there would be a ban on slaughter of animals and sale of meat in the city owing to certain festivals.

A Division Bench of the Court comprising Justice R.V. Ghuge and Justice Anoop V. Mohta pulled up the State for failing to file a reply and reiterated that it would be “appropriate for the representatives of all the parties and communities to sit together and work out an amicable solution and the State Government and the Respondent Corporation to come out with a proper policy.”

The Court is hearing a Petition filed in 2015 by the Bombay Mutton Dealers Association. The Petition has challenged a circular issued by the Brihanmumbai Municipal Corporation (BMC) and the Maharashtra Government imposing a ban on slaughter of animal and sale of mutton and chicken in the city on four days in September that year during the Jain festival ‘Paryushan’. The Petition had argued that it favored a small percentage of the population and was against the secular fabric of the Constitution.

The High Court had, subsequently in September, 2015, stayed the ban on the sale of meat, but refused to interfere with the ban on slaughter of animals during those four days. It had further directed the State to formulate the guidelines and dates for implementation of such a ban, after discussing it with all stakeholders.

The Court had then observed, “The sudden decision and irregular implementation of such policy by the Corporation, for four days, now two days, including ban of sale of meat, therefore, reflects confusion and vagueness and unclear policy/decision. It would be appropriate for the representation of all the parties and communities to sit together and work out an amicable solution.”

It had further questioned the Petitioners’ lawyer Zubin Kamdin regarding the rationale behind allowing a ban on some sort of killing while allowing others. “You cannot have this formula for a modern city like Mumbai,” the Court had thereafter opined.