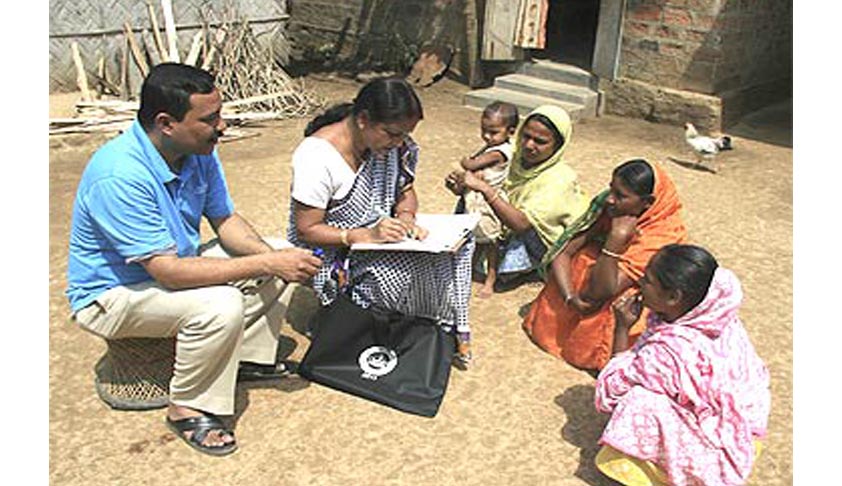 The Supreme Court today upheld the appeal filed by the Central Government against a judgment delivered by the Madras High Court, by which High Court had directed the Centre to conduct caste based census.The judgment authored by Justice Dipak Misra, is from a three judge Bench consisting of Justices Dipak Misra, UULalit and RFNariman.The judgment quotes the question before it as,...

The Supreme Court today upheld the appeal filed by the Central Government against a judgment delivered by the Madras High Court, by which High Court had directed the Centre to conduct caste based census.

The judgment authored by Justice Dipak Misra, is from a three judge Bench consisting of Justices Dipak Misra, UULalit and RFNariman.

The judgment quotes the question before it as, “The centripodal question that emanates for consideration is whether the High Court could have issued such a mandamus commanding the appellant to carry out a census in a particular manner.”

Overruling the Madras HC judgment, the Supreme Court observes, “As we evince from the sequence of events, the High Court in the earlier judgment had issued the direction relating to carrying of census in a particular manner by adding certain facets though the lis was absolutely different. The appellant, the real aggrieved party, was not arrayed as a party-respondent. The issue was squarely raised in the subsequent writ petition where the Census Commissioner was a party and the earlier order was repeated. There can beno shadow of doubt that earlier order is not binding on the appellant as he was not a party to the said lis.”

The judgment says, “It is evincible that the said direction has been issued without any deliberation and being oblivious of the principle that the courts on very rare occasion, in exercise of powers of judicial review, would interfere with a policy decision. Interference with the policy decision and issue of a mandamus to frame a policy in a particular manner are absolutely different. The Act has conferred power on the Central Government to issue Notification regarding the manner in which the census has to be carried out and the Central Government has issued Notifications, and the competent authority has issued directions. It is not within the domain of the Court to legislate. The courts do interpret the law and in such interpretation, certain creative process is involved. The courts have the jurisdiction to declare the law as unconstitutional. That too, where it is called for.

The court may also fill up the gaps in certain spheres applying the doctrine of constitutional silence or abeyance. But, the courts are not to plunge into policy making by adding something to the policy by way of issuing a writ of mandamus.  There the judicial restraint is called for remembering whatwe have stated in the beginning. The courts are required to understand the policy decisions framed by the Executive. If a policy decision or a Notification is arbitrary, it may invite the frown of Article 14 of the Constitution. But when the Notification was not under assail and the same is in consonance with the Act, it is really unfathomable how the High Court could issue directions as to the manner in which a census would be carried out by adding certain aspects.”

The Court also relied on the Section 8 of the Census Act and various notifications issued by the Central government.

Relying on a number of precedents, the judgment also says, “It is clear as noon day that it is not within the domain of the courts to embark upon an enquiry as to whether a particular public policy is wise and acceptable or whether a better policy could be evolved. The court can only interfere if the policy framed is absolutely capricious or not informed by reasons or totally arbitrary and founded ipse dixitoffending the basic requirement of Article 14 of the Constitution. In certain matters, as often said, there can be opinions and opinions but the Court is not expected to sit as an appellate authority on an opinion.”

The Central government through a GoM (Group of Ministers) had approved of the caste based census in 2010. Census in India takes place every ten years, and the data collected through the census is vital for framing governmental policies. Census is also very important for deciding the reservation policy. Census of India Act, 1948, governs census in India.