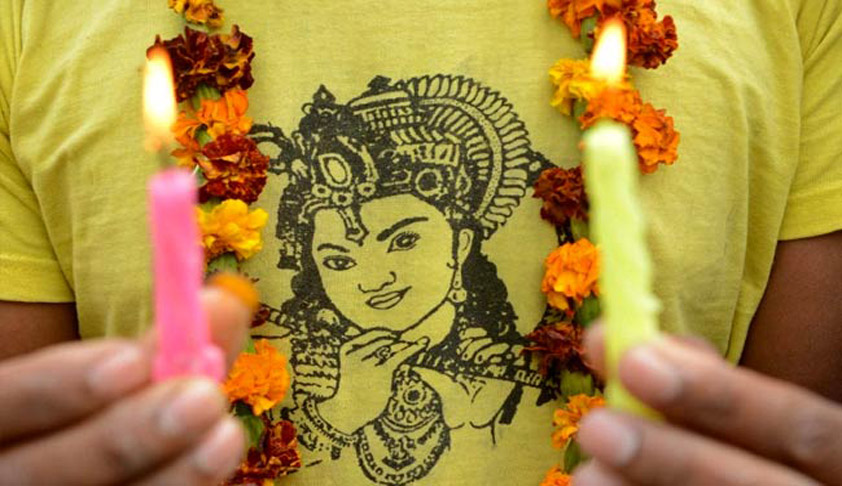 A Public Interest Litigation came up before the 3 Judges Bench of Supreme Court of India yesterday, praying ‘to stop the use of names and images of gods and goddesses for commercial exploitation’.  The court dismissed the petition remarking that “You have raised the issue which concerns the faith of the people. This country has 33,000 crore gods. Sorry.”

The bench asked the Lawyer who appeared for the petitioner “A businessman can keep the name of Laxmi stores. Can he not name his daughter Laxmi? I like to worship that God. I want to put the name and I want to have the image of that particular God. How can somebody stop?” The bench felt that there is no need to stop anybody from using the name of a god or putting the image of any god on the nameplates or packaging as it is only reflective of his faith in that particular god and no one has right to question his right to have faith in that particular god. A follower of Lord Balaji can both name his son and carry his business in the name of Balaji, the bench opined holding that there is nothing wrong in using symbols of faith in business.

The petitioner was apparently aggrieved that the pictures of many gods are printed on the packing materials of a variety of consumer products, whether it is puja articles, food items, masala products, medicines or clothes.  Many of these packets containing Gods pictures are treated like waste and it is common sight to see people walking over these packets and treating it as yet another waste. Perhaps that was why the petitioner filed this PIL.  But the Court rightly gave more weightage to the rights of parties than to sentiments of devotees. It is also to be noted that Article 25 of the Constitution of India, guarantees the right freely to profess, practise and propagate religion.  Right against “hurting sentiments” is not, in anyway, fundamental than the Rights guaranteed under Part 3 of the Constitution.

There have been instances of Bikinis carrying pictures of Goddesses in Australia which sparked outrage. Portraying religion in negative light is always viewed seriously by many in India. Not many months ago, Delhi High Court had dismissed a plea for restricting screening of the movie PK for allegedly hurting sentiments of Hindus. Delhi High court had also refused to ban a book for allegedly portraying Mata Amrithanandamayi in bad light. The courts in India are more inclined to protect fundamental rights of speech and expression, and the dismissal of this PIL was only a logical corollary of that.