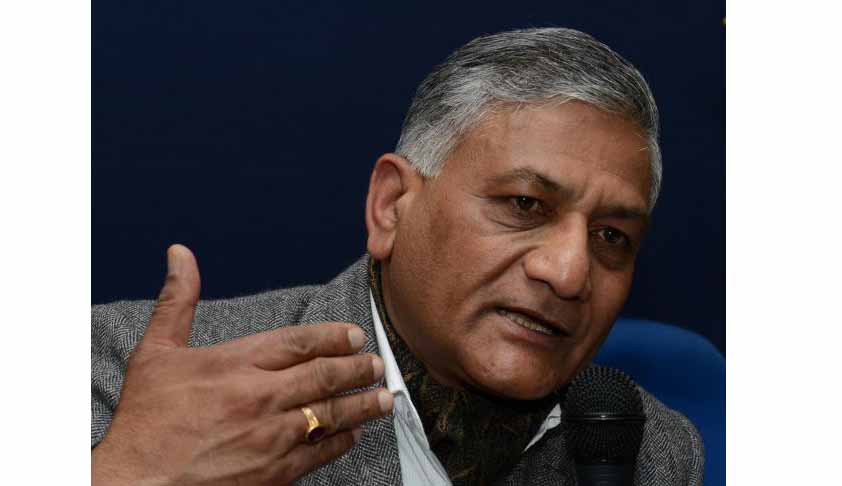 Subscription starts from
₹ 599+GST
(For 6 Months)
View Plans
Premium account gives you:
Subscribe Now
Already a subscriber?
Login
On the remarks of Retired General V K Singh against its order on the age row, the Supreme Court on Tuesday issued a criminal contempt notice against him by saying that his remarks was “contemptuous “.

While justifying his statement and giving explanation through TV channels over the report published in Indian Express on September 22 of funding of J&K ministers by the Army, General Singh had also criticized at the Supreme Court's February 10, 2012 judgment rejecting his petition seeking alteration of his date of birth from May 10, 1950 to May 10, 1951. “If the court can define the age of a rape victim on the basis of his matriculation certificate then why has the Supreme Court failed to decide my age despite checking and cross checking my certificate?” General Singh had given this statement over the decision of the Apex Court.

An Apex Court Bench headed by Justice Justices R M Lodha and H L Gokhale initiating the suo moto proceedings against the remarks published in the newspaper said that, “This court, therefore, takes cognizance of the criminal contempt and direct that notice be issued to him as to why contempt proceedings be not initiated against him. The same amounts to scandalising the court and prima facie V.K. Singh’s statement tends to scandalise the judiciary and also tends to lower the authority of the court.”

The Court observed that the, “It also lowers or tends to lower the authority of this court, which is criminal contempt of court under Article 129 of the Constitution of India, read with Section 2(C) of the Contempt of Courts Act, 1971.

The Court also issued notice to the newspaper; saying let a notice be also issued to the publisher of The Sunday Express for publishing the above statements of Gen V K Singh. The Court directed General Singh to file his response before 23 October that why contempt proceedings should not be initiated against him and asked Attorney General G.E. Vahanvati to assist the court in hearing of the case.