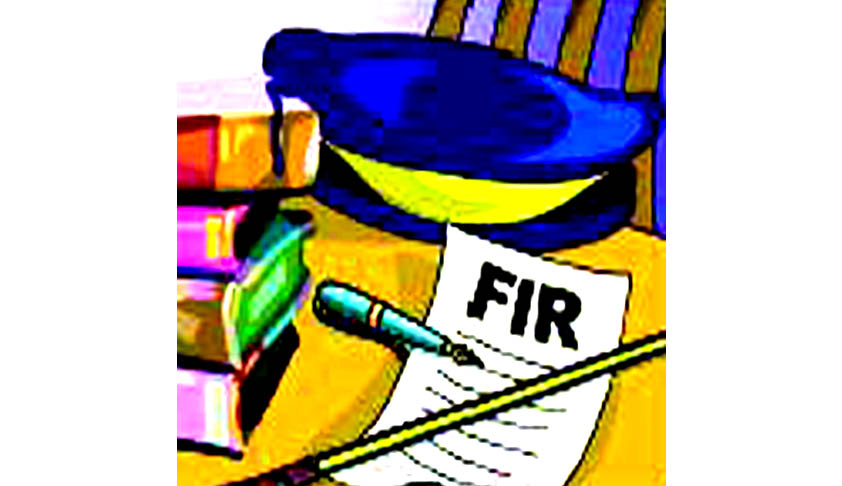 The Supreme Court held that FIR can be quashed under S. 482 CrPC and Art. 226 of the Constitution in disputes which are substantially matrimonial in nature, or the civil property disputes with criminal facets, if the parties have entered into settlement, and it has become clear that there are no chances of conviction. However, the Court also clarified that such a situation would not apply...

The Supreme Court held that FIR can be quashed under S. 482 CrPC and Art. 226 of the Constitution in disputes which are substantially matrimonial in nature, or the civil property disputes with criminal facets, if the parties have entered into settlement, and it has become clear that there are no chances of conviction. However, the Court also clarified that such a situation would not apply in where the nature of offence is very serious like rape, murder, robbery, dacoity, cases under Prevention  of  Corruption  Act,  cases  under  Narcotic  Drugs  and Psychotropic Substances Act and other similar kind of offences in which punishment  of  life  imprisonment  or  death  can  be  awarded.

The Division Bench consisting of Justice Sudhansu Jyoti Mukhopadhaya and Justice Prafulla C. Pant came up with the judgment in an appeal filed by Gold Quest International Private Limited regarding the question of quashing of FIR after the parties have settled.

The case reached the galleries of the judiciary after complaints were registered against Gold Quest International Private Limited, an International Numismatic Company which has operations in over sixty countries and has over 16 thousand consumers in Chennai alone.

The complaints were regarding non-compliance of issuance of numismatic gold coin on receipt of Rs.16, 800/-as per the promise made. Case under S. 420 read with Sections 4, 5 & 6 of the Prize Chits and Money Circulation(Banning) Act, 1978 were registered against the Company. The Company then filed a writ before the Madras High Court, seeking quashing of all such FIRs and the Single Judge of the High  Court  by  its  order  dated  19th April,  2005  quashed  the  FIR.

However, the Division Bench interfered with the order of the Single Judge as that out of 172 claimants, there was no compromise from two persons. The Company then approached the Supreme Court.

The Supreme Court in its judgment has categorically stated that "there was sufficient evidence on record to suggest that the whereabouts ofthose two persons were not known, nor have they ever challenged the order of learned Single Judge."

The Division Bench of the High Court had relied on Union of Indiavs. Bhajan Lal (AIR 1992 SC 604) and held that "HighCourt in exercise of its inherent powers can quash criminal proceedings or FIR or complaint and Section 320 of the Codedoes not limit or affect the powers under Section 482 of the Code." The Supreme Court too came up with the same finding.

The Supreme Court then considered Nikhil Merchant vs. Central Bureau of Investigation & Anr.  (2008) 9 SCC 677, wherein was said that "technicality should not be allowed to stand in the way in the quashing of the criminal proceedings, since, in our view, the continuance of the same after the compromise arrived at between the parties would bea futile exercise."

The Bench also referred to the judgment delivered in Gain Singh vs.  State of Punjab & Anr.  (2012) 10 SCC 303, which had said "Quashing of offence or criminal proceedings on the ground of settlement between an offender and victim is not the same thing as compounding of offence. They are different and not interchangeable.  Strictly  speaking,  the  power  of compounding of offences given to a court under Section  320  is  materially  different  from  the  quashing  of criminal  proceedings  by the  High  Court  in  exercise  of its inherent jurisdiction. In compounding of offences, power of a criminal court is circumscribed by the provisions contained in Section  320  and  the  court  is  guided  solely  and  squarely thereby while, on the other hand, the formation of opinion by the High Court for quashing a criminal offence or criminal proceeding or criminal complaint is guided by the material on record as to whether the ends of justice would justify such exercise of power although the ultimate consequence may be acquittal or dismissal of indictment."

Finally, the Court held that "learned Single Judge did not commit any error of law in quashing the FIR after not only the complainant and the appellant settled their money  dispute  but  also  the  other  alleged  sufferers  entered  into  an agreement with the appellant, and as such, they too settled their claims."

The judgment, a very lucid one, also summarizes the law in this regard, it states "the power of the High Court in quashing a criminal proceeding or FIR or complaint in exercise of its inherent jurisdiction is distinct and different from the power given to a criminal court for compounding the offences under Section 320 of the Code. Inherent power is of wide plenitude with no statutory limitation but it has to be exercised in accord with the guideline engrafted in such power viz. :(i) to secure the ends of justice, or (ii) to prevent abuse of the process of any court. In what cases power to quash the criminal proceeding or complaint or FIR may be exercised where the offender and the victim have settled their dispute  would  depend  on  the  facts  and  circumstances  of each  case  and  no  category  can  be  prescribed. However,before exercise of such power, the High Court must have due regard to the nature and gravity of the crime. Heinous and serious offences of mental depravity or offences like murder,rape, dacoity, etc. cannot be fittingly quashed even though the victim or victim's family and the offender have settled the dispute. Such offences are not private in nature and have a serious impact on society.  Similarly, any  compromise between the victim and the offender in relation to the offences under special statutes like the Prevention of Corruption Act orthe offences committed by public servants while working in that capacity, etc.; cannot provide for any basis for quashing criminal proceedings involving such offences. But the criminal cases  having  overwhelmingly  and  predominatingly   civil flavour  stand  on  a  different  footing  for  the  purposes  of quashing, particularly the offences arising from commercial, financial, mercantile,  civil,  partnership  or  such  like transactions or the offences arising out of matrimony relating to dowry, etc.  or the family disputes where the wrong is basically private or personal in nature and the parties have resolved their entire dispute. In this category of cases, the High Court may quash the criminal proceedings if in its view,because of the compromise between the offender and the victim, the possibility of conviction is remote and bleak and continuation of the criminal case would put the accused to great oppression and prejudice and extreme injustice would be caused to him by not quashing the criminal case despite full and complete settlement and compromise with the victim."

The question of quashing of FIR has seen some action in the Supreme Court, more can be read here

Supreme Court issues fresh guidelines on quashing of proceedings of a non-compoundable offence on the basis of settlement between the parties.

You may also read an article by Justice V.Ramkumar, retired Judge of the Kerala High Court here