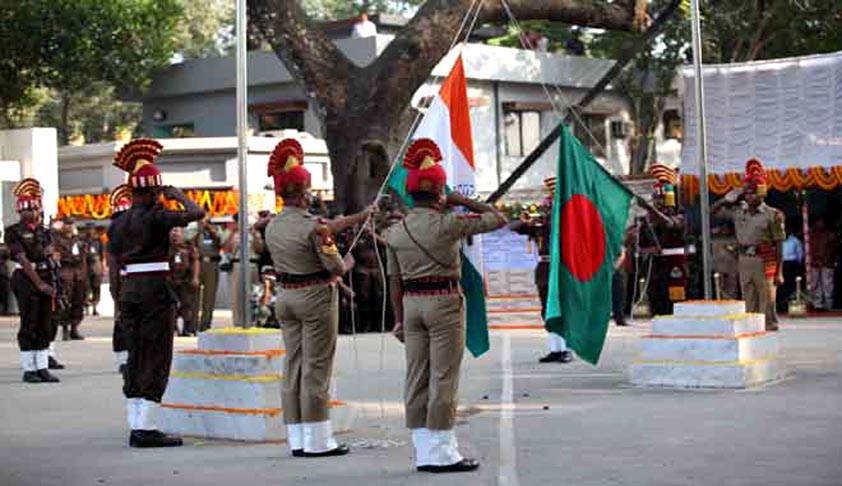 The case before the Supreme Court was that the petitioners in the various writ petitions represent an entire people – the tribal and non-tribal population of the State of Assam. In their petition, they have raised a plea that the sovereignty and integrity of India is itself at stake as a massive influx of illegal migrants from a neighboring country has affected this core Constitutional...

The case before the Supreme Court was that the petitioners in the various writ petitions represent an entire people – the tribal and non-tribal population of the State of Assam. In their petition, they have raised a plea that the sovereignty and integrity of India is itself at stake as a massive influx of illegal migrants from a neighboring country has affected this core Constitutional value.

As a result of this huge influx, periodic clashes have been taking place between the citizens of India and these migrants resulting into loss of life and property, sounding in a violation of Articles 21 and 29 of the Constitution of the Assamese people as a whole. Not only is there an assault on the life of the citizenry of the State of Assam but there is an assault on their way of life as well. The culture of an entire people is being eroded in such a way that they will ultimately be swamped by persons who have no right to continue to live in this country.

They have also raised a fervent plea that Article 14 also continues to be violated as Section 6A (3) to (5) Citizenship act are not time bound but are ongoing.

Hence reverting to a preliminary submission of delay, the Supreme Court held we do not feel that petitions of this kind can be dismissed at the threshold on the ground of delay/laches.Indeed, if we were to do so, we would be guilty of shirking our Constitutional duty to protect the lives of our own citizens and their culture. In fact, the time has come to have a relook at the doctrine of laches altogether when it comes to violations of Articles 21 and 29.

…. the time has come for this Court to say that at least when it comes to violations of the fundamental right to life and personal liberty, delay or laches by itself without more would not be sufficient to shut the doors of the court on any petitioner.

After hearing the arguments in this matter, the Bench has referred the following questions to a Constitutional Bench:

(i) Whether Articles 10 and 11 of the Constitution of India permit the enactment of Section 6A of the Citizenship Act in as much as Section 6A, inprescribing a cut-off date different from the cut-off date prescribed in Article 6, can do so without a "variation" of Article 6 itself; regard, in particular, being had to the phraseology of Article 4 (2) read with Article 368 (1)?

(ii) Whether Section 6A violates Articles 325 and 326 of the Constitution of India in that it has diluted the political rights of the citizens of the State of Assam;

(iv) Whether Section 6A violates Article 355? What is the true interpretation of Article 355 of the Constitution? Would an influx of illegal migrants into a State of India constitute "external aggression" and/or "internal disturbance"? Does the expression "State" occurring in this Article refer only to a territorial region or does it also include the people living in the State, which would include their culture and identity?

(v) Whether Section 6A violates Article 14 in that, it singles out Assam from other border States (which comprise a distinct class) and discriminates against it. Also whether there is no rational basis for having a separate cut-off date for regularizing illegal migrants who enter Assam as opposed to the rest of the country; and

(vi) Whether Section 6A violates Article 21 in that the lives and personal liberty of the citizens of Assam have been affected adversely by the massive influx of illegal migrants from Bangladesh.

(vii) Whether delay is a factor that can be taken into account in mouldingrelief under a petition filed under Article 32 of the Constitution?

(viii) Whether, after a large number of migrants from East Pakistan have enjoyed rights as Citizens of India for over 40 years, any relief can be givenin the petitions filed in the present cases?

(ix) Whether section 6A violates the basic premise of the Constitution and the Citizenship Act in that it permits Citizens who have allegedly not lost their Citizenship of East Pakistan to become deemed Citizens of India, thereby conferring dual Citizenship to such persons?

(x) Whether section 6A violates the fundamental basis of section 5 (1) proviso and section 5 (2) of the Citizenship Act (as it stood in 1985) in that it permits a class of migrants to become deemed Citizens of India without any reciprocity from Bangladesh and without taking the oath of allegiance to the Indian Constitution?

(xi) Whether the Immigrants (Expulsion from Assam) Act, 1950 being a special enactment qua immigrants into Assam, alone can apply to migrants from East Pakistan/Bangladesh to the exclusion of the general Foreigners Act and the Foreigners (Tribunals) Order, 1964 made thereunder?

(xii) Whether Section 6A violates the Rule of Law in that it gives way to political expediency and not to Government according to law?

(xiii) Whether Section 6A violates fundamental rights in that no mechanism is provided to determine which persons are ordinarily resident in Assam since the dates of their entry into Assam, thus granting deemed citizenship to such persons arbitrarily?

In the meanwhile, till the above questions are decided, the Bench passed further directions on the assumption that Section 6A of the Citizenship Act is valid, after taking into account the affidavits filed by the Union of India and state of Assam.

Under Article 142 of the Constitution of India, the following directions were passed by the Bench:

The court will monitor the progress with regard to these after 3 months and thereafter pass further directions as necessary, including a definite time schedule for completion of the works relating to border fencing, border roads and flood lights may be made by this Court.

The court requested the Gauhati High Court to expedite and to finalise the process of selection of the Chairperson and Members of the Foreigners Tribunals, if required in phases, depending on the availability of officers opting to serve in the Tribunals. Within 60(sixty) days of the selection being finalized by the Gauhati High Court, the State of Assam will ensure that the concerned Foreigners Tribunal become operational.

The court directed direct the Union of India to enter into necessary discussions with the Government of Bangladesh to streamline the procedure of deportation. The result of the said exercise be laid before the Court on the next date fixed.

With regard to Monitoring

The implementation of the aforesaid directions will be monitored by this Court on the expiry of three months from today. In the event it becomes so necessary, the Court will entrust such monitoring to be undertaken by an empowered committee which will be constituted by this Court, if and when required.

The Supreme Court has also given orders that national registration of citizenship must be completed in border areas by January 1, 2016. A specific timeline for completion of works has been fixed.

All the cases were directed to be listed in the last week of March, 2015 to take note of the progress of implementation of the above directions.