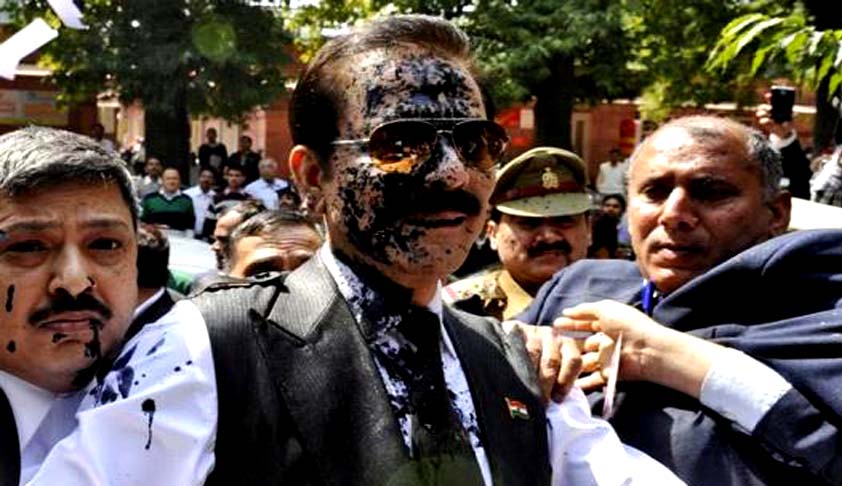 The Court said that throwing of ink on Roy while he was being brought under police custody "prima facie indicates obstruction in the administration of justice".

A Bench of the Apex Court, headed by Justice R M Lodha issued notice to Manoj Sharma seeking his response why contempt proceedings should not be initiated against him, and asked him to respond within three weeks.

Adv. Sharma, who is from Gwalior, threw ink on the face of Sahara Group Chief Subrata Roy when he was being brought to the Supreme Court. Sharma was then roughed up by some lawyers who had gathered there and was later taken away by the police to Tilak Marg police station.

The Court also asked Attorney General G E Vahanvati about the mental condition of Sharma to which he replied that there is nothing to suggest about his mental condition and that he seems to be publicity hungry as he had hurled a shoe at Congress MP Suresh Kalmadi in the past.

The Bench posted the case for hearing on March 24.