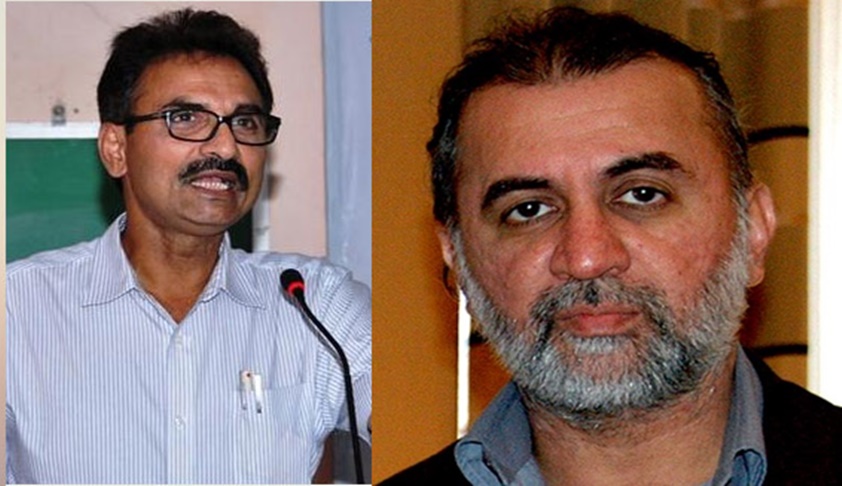 Magazine Tehelka’s former editor Tarun Tejpal, facing trial in Goa for allegedly raping his junior colleague, has moved the Supreme Court (SC) challenging the Bombay High Court’s December 20, 2017 order which has dismissed his plea for quashing of charges against him in the alleged rape case.

Tejpal’s petition came up for hearing before the bench of Justice SA Bobde and Justice L Nageswar Rao. Justice Nageswara Rao recused from hearing the case.

"List before the Bench of which one of us,(L. Nageswara Rao, J.) is not a member", ordered the Bench.

The Goa bench of Bombay High Court had upheld the September 2017 order of Sessions judge at Mapusa, Goa, framing charges against him for rape.

The high court said the CCTV footage does not capture the victim's facial expressions, but only shows her movement into and out of the elevator. The footage does not indicate that she was humiliated, traumatized or adversely impacted by the alleged misconduct of the applicant while in the elevator.

It said Tejpal's argument comparing the victim's behaviour in the CCTV footage and her statement before the police does not advance his case at this stage to seek discharge from the trial.

The trial court had framed charges against Tejpal under sections 354 (assaulting or using criminal force on a woman with an intent to outrage her modesty), 354-A (outraging modesty), 341 (wrongful restraint), 342 (wrong confinement), 376 (rape), 376(2) (f) (person in position of trust or authority over women, committing rape of such women) and 376(2) (k) (rape of a woman by a person being in position of control or dominance over the woman).

“The high court failed to appreciate the manner in which the charges were directed to be framed against the Petitioner by the trial court by totally disregarding the primary evidence in the form of CCTV footage, which totally demolishes the case of the Prosecution, while relying on material that is not even a document within the meaning of Section 3 of the Indian Evidence Act, 1872.” states the petition.

The questions of law raised in his petition

According to the FIR, she was raped by Tejpal on November  7, 2013, and next day inside an elevator in a lift of Guest House No.7, Hotel Grand Hyatt, Goa, during the magazine's THiNK 2013 festival in Goa.