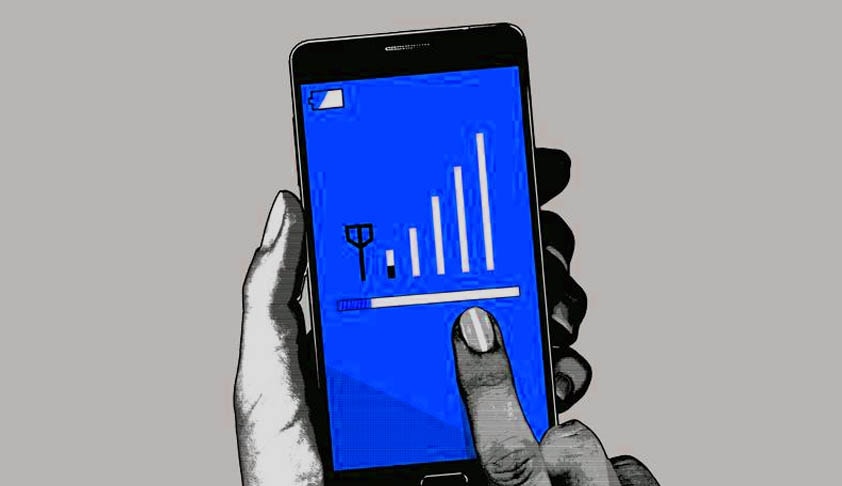 The Supreme Court today provided massive relief to the telecom service providers by  quashing Telecom Consumers Protection   (Ninth   Amendment)   Regulations,   2015,  of the Telecom Regulatory Authority of India(TRAI) which made it mandatory for mobile network companies to compensate subscribers for call drops.Delivering the judgment, a bench of Justices Kurian Joseph and...

The Supreme Court today provided massive relief to the telecom service providers by  quashing Telecom Consumers Protection   (Ninth   Amendment)   Regulations,   2015,  of the Telecom Regulatory Authority of India(TRAI) which made it mandatory for mobile network companies to compensate subscribers for call drops.

Delivering the judgment, a bench of Justices Kurian Joseph and Rohinton Nariman termed the TRAI notification as “flawed, unconstitutional, arbitrary and unreasonable”. The bench was also of the view that a transparent procedure was not followed while evolving it.

TRAI had made it mandatory for telcos to pay consumers Rs 1 per call drop, subject to a cap of Rs 3 a day.

The bench said the regulation which fastens strict liability on the telecom companies for no fault of theirs is arbitrary and violative of Article 14 of the Constitution.

The bench was of the view that parliament should frame regulations or law in terms which even subordinate legislations should be subjected to principle of transparency as is reflected in several judgments of the American Supreme Court.

Cellular Operators Association of India (COAI), a body of Unified Telecom Service Providers and 21 telecom operators, including Vodafone, Airtel and Reliance had moved the Supreme Court against a Delhi High Court verdict upholding TRAI notification. Delhi High Court upheld the legality of the charges on February 29.

It is to be noted that during the arguments, the Telecom Regulatory Authority of India defended the decision to charge telecom companies for call drops alleging that a cartel of 4-5 telecom firms having a billion subscribers are making Rs 250 crore a day but not making investments on their network to improve services to check the menace.

“There is a cartel of four-five telecom companies having billion subscribers, who are making Rs 250 crore a day from outgoing calls. They have stupendous growth but they are making minimum investment on their network to improve the quality of service on their network to curb call drops”, Attorney General Mukul Rohatgi representing the TRAI had said.

“Consumers must get decent service. If you have a bus in which you can take 50 persons and if you overload it... this is why the problem is occurring. Various technologies are evolving if you are ready to invest the problems can be solved. Like in the western world there are no towers. For an orderly world  you must invest. For them it is like I will invest minimum but will draw largest revenue. There was a 61 % increase in consumers last five years and 41 percent increase in revenue. Investment has not kept pace with increased consumers There is surge in revenue but no surge in investment”, said Rohatgi

On its part the Telcos had said consumers who opt for inferior quality cell phones and grey market handsets are responsible for 36% of call drops and just seven per cent of instances can be attributed to them.

“Thirty six per cent of call drops are consumer-related. If you get a phone from a grey market, calls will drop. Then your mobile has to be powerful enough to draw a signal, the tower may be far. Inferior quality of  your mobile could be another reason,” senior lawyer Kapil Sibal representing the COAI had told the bench

Sibal said as per a survey nearly 67 per cent of call drops were due to signal failure, for which the network provider was not responsible, but it is attributable to a combination of factors like several tall buildings between your phone and the tower, jammers in high security areas and premises occupied by VVIPs, restrictions in border areas and a busy network. “These are several imponderables on which we have no control,” he said.

Allowing the Petitions the Court held as follows;