Terrorism Trials: Justice A.M.Thipsay Questions Confessions Which Are Not Trustworthy 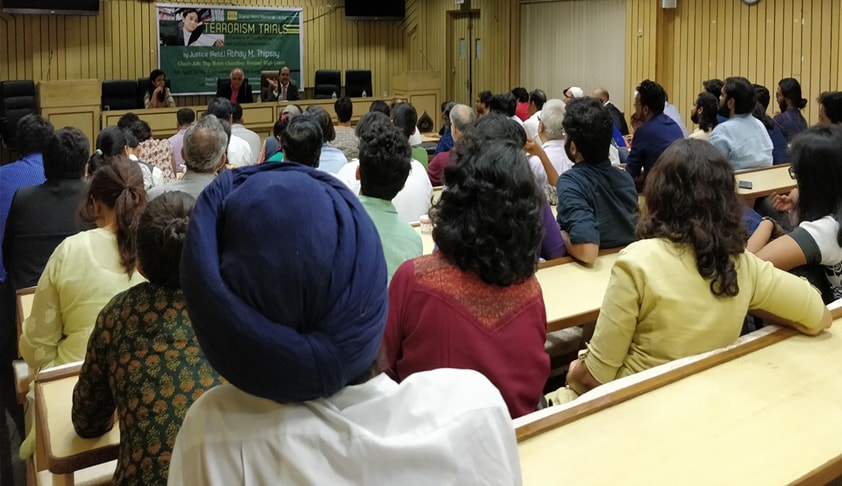 Former Judge of the Allahabad High Court, Justice Abhay M. Thipsay, on Friday questioned the reliance on confessions of the accused by the courts in terrorism cases, while delivering the Fourth Shahid Azmi Memorial Lecture at the Indian Law Institute, New Delhi.  Speaking on “Terrorism Trials: Reflections on Fundamental Rights and Judicial Independence”, Justice Thipsay recalled his brief interaction with the young Azmi during his tenure at the Bombay high court, saying: “He appeared younger than what he was, even as I was struck by his tenacity, and courage”.

Azmi, a young lawyer defending those accused in terrorism cases, was gunned down in his office in Mumbai on February 11, 2010, at the age of 32.

Giving various instances from his judicial career, he asked why different standard of proof is adopted in terror cases.  “It is because the judicial officer’s mind is affected by the media and the public opinion  Judiciary has to act independently of public opinion.  But that does not happen because judges, despite constitutional protection to them, are afraid of losing reputation”.  According to him, only public resentment against executive interference and a fearless bar can guarantee judicial independence.

Justice Thipsay also criticised the preference for executive magistrates, as against judicial magistrates, to record confessions under the anti-terrorism laws.    If availability is the consideration here, judicial magistrates are easily accessible, whereas the executive magistrates are over-burdened, he said.   Justice Thipsay explained that an involuntary confession is legally impermissible, even if it is true.  He mocked at the phenomenon of “encounter specialists”  (an euphemism for police officials known for staging encounter deaths) extracting “voluntary confessions”.

Earlier, Yug Mohit Chaudhry, advocate, Bombay high court, who chaired the session, referred to different kinds of threats to national security and asked if an innocent is sentenced to imprisonment in a terror case, it would help national security.

Justice Thipsay, while answering questions, emphasized the need to be ever vigilant and defend our liberties, in the context of the ascendance of aggressive cultural nationalism at present.

Justice Thipsay was also critical of the deterrent theory of punishment, saying it is naïve to believe that greater punishment for an offence would make a potential criminal rethink, before committing a crime.   According to him, the independence of the police and the judiciary has become illusory, in the light of increasing interference by the executive.

Justice Thipsay gave instances of Government advocates justifying denial of bail to the accused on the ground of “national interest”, without explaining what it means.  He said national interest could be better served if innocents are spared of punishment.