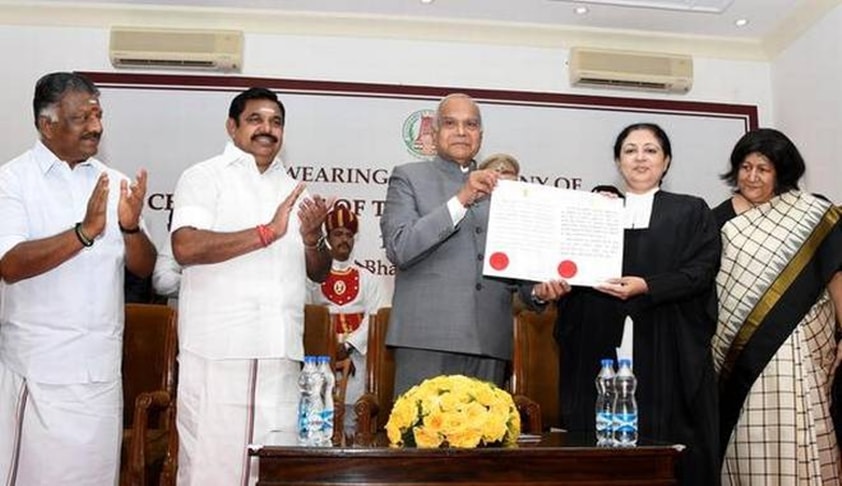 During the ceremony, High Court judges were made to sit behind the Ministers and police officers. This had led to a statement being issued by Justice M.S. Ramesh soon after the event, demanding an explanation from the officials. He wrote, “With a bit of dismay, I am constrained to bring on record the incautious protocol extended to the Judges of the MHC at today’s swearing-in ceremony by the organizers of Raj Bhavan. It was not only a disappointment but an issue of serious concern.

Was the Raj Bhavan unaware of the hierarchy between the Constitutional dignitaries and the police officers? Or is it their understanding that the HC Judges rank below the order of Hon’ble Ministers and Police Officers? Being an official function, there cannot be a second opinion that the protocol to be extended was for the post and not the individual.”

He had added that the Raj Bhavan officials not allowing the Registrar General of the High Court to inspect the seating arrangement before the event only fortified the suspicion that this was a “deliberate act of extending a cold shoulder” to the judges of the High Court.

The Madras High Court Advocates Association (MHAA) had also condemned the “unceremonial and undignified manner” in which the seating arrangements were made, and had warned against a repetition of the incident.

According to a report by The Hindu, the Governor now seems to have regretted the incident on a phone call with the Chief Justice. He also extended an invitation for the Independence Day at-home reception at the Raj Bhavan.

This was then informed by Chief Justice Tahilramani to the High Court judges. She had further made it clear that she would be attending the reception, jointly hosted by him and the First Lady Pushpa Devi Purohit since the Governor had extended a personal invitation to her over phone.

While the judges have been understood to have expressed satisfaction over the Governor has taken serious note of the issue, a few judges nevertheless skipped the reception.