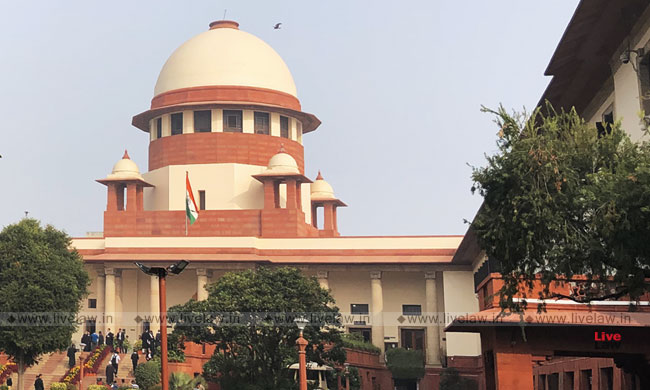 A petition has been filed in the Supreme Court seeking a direction upon the Central Bureau of Investigation to constitute a team comprising of adequate number of officers to expeditiously complete investigation in the 2016 Jawahar Bagh massacre. The petition has been filed by the wife of former SP of Mathura, Mukul Dwivedi, who was among the several people who died in the...

A petition has been filed in the Supreme Court seeking a direction upon the Central Bureau of Investigation to constitute a team comprising of adequate number of officers to expeditiously complete investigation in the 2016 Jawahar Bagh massacre.

The petition has been filed by the wife of former SP of Mathura, Mukul Dwivedi, who was among the several people who died in the massacre.

In March 2017, the Allahabad High Court had transferred the case to CBI, citing a flawed and unscientific investigation on part of the state government. The Petitioner, through Advocate Ashwani Kumar Dubey, has contended that even though 40 months have passed, political leaders and bureaucrats allegedly linked to the violence have not been interrogated.

Prime accused in the case, Ram Briksha Yadav along with a band of supporters occupied Jawahar Bagh, a public park spread over 280 acres in the heart of Mathura in March 2014. The encroachment continued to grow over time and despite "numerous interventions" by the district administration, they refused to vacate the park. The encroachment grew to such an extent that domestic gas connections were obtained and a sort of an independent township came to be established.

Officers of the Horticulture Department alleged that as many as 3,000-4,000 trees were cut by these encroachers and used for cooking and other purposes.

After the local residents started to protest, the state police decided to evict the encroachers however, they faced stiff resistance from almost a 1,000 members of cult groups led by Ram Briksh Yadav.

On June 2, 2016, as the police tried to evict the encroachers, they counter-attacked armed with country-made pistols and set almost 175 cylinders in their possession on fire. This led to chaos and death of several people, including city SP Mukul Dwivedi along with two other police officers.

The Petitioner asserts that Yadav held strong political relations which empowered him to run a "parallel government" within the park with armed men.

She claims that her husband was "under mysterious circumstances" ordered to get the boundary wall of Jawahar Bagh broken a day prior to the "scheduled operation". Further, he was accompanied by only a few newly recruited policemen and they were not permitted to carry firearms.

"This is very suggestive of a larger criminal conspiracy. Policemen witnessed this gigantic violence but no punitive action, even suspension, has been taken against the higher authorities accountable for this gigantic violence. That is why petitioner has every reason to doubt the credibility and fairness of investigation. Even after 40 months, CBI has not examined the call details of Ram Briksh Yadav and his associates and petitioner's husband till date," the plea states.

She has also alleged that evidence at site of the violence was destroyed by the authorities to break the links leading to politicians - higher officers and forensic investigations, such as DNA tests, were not conducted, so it is unclear whether the main accused Ram Briksh Yadav is dead or alive.

The Petitioner therefore seeks constitution of a special team that may be directed to investigate the brutal killings, within two months.

She has also urged the Court to direct the CBI to constitute a team for comprehensive investigation with regard to the "unexplained inaction" on the part of State to take prompt action on the intelligence inputs and communications received by it against the cult. She has prayed that this team be given access to all relevant records so as to undertake an "in-depth investigation" and identify persons responsible for dereliction of duty and stalling action by the Mathura district administration.