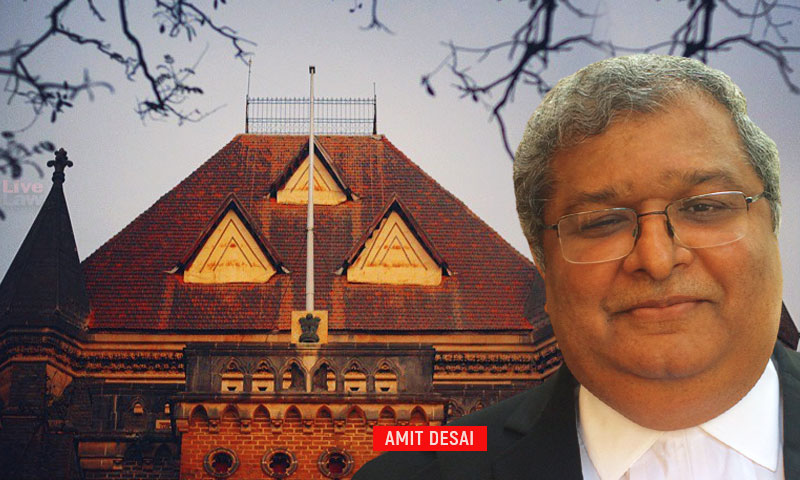 During the hearing held by the Bombay High Court on Saturday in the petition filed by Arnab Goswami against his custody in the 2018 abetment to suicide case, Senior Advocate Amit Desai, appearing for the State of Maharashtra, explained to the bench the concepts of 'A summary', 'B summary' and 'C summary' reports filed by the police.It may be noted that the Raigad police had submitted 'A...

During the hearing held by the Bombay High Court on Saturday in the petition filed by Arnab Goswami against his custody in the 2018 abetment to suicide case, Senior Advocate Amit Desai, appearing for the State of Maharashtra, explained to the bench the concepts of 'A summary', 'B summary' and 'C summary' reports filed by the police.

It may be noted that the Raigad police had submitted 'A summary' report in the case relating to the suicide of interior designer Anvay Naik in 2019. Later, the case was re-opened, leading to the arrest of Republic TV chief Arnab Goswami, whose name is mentioned in Naik's suicide note.

In the backdrop, the division bench comprising Justices SS Shinde and MS Karnik asked Desai the difference between 'A summary', 'B summary' and 'C summary'. Goswami's lawyers had raised an argument that the police needed a judicial order to re-open the investigation after the acceptance of 'A summary' report by the Magistrate.

Responding to this, Desai, referring to the Bombay Police Manual. explained that an 'A summary' report is filed in a case where the offence is made out but the evidence is untraceable or the accused persons are not found.

"If it is "A" summary, it means that evidence was not sufficient but offence was there. If it was a case of wrong accused, it would have been 'B' summary", he submitted.

He explained that 'A summary' means that the investigation is yet to reach completion due to lack of evidence. On the other hand, 'B summary' and 'C summary' reports mean that investigation is complete and that no offence is made out against the accused.

"When Magistrate accepts 'A' Summary, it means that there is an offence. It is not a case of discharge or closure. It means it was a genuine case of offence but the investigation could not collect evidence", he explained.

"A Summary reflects incomplete investigation. In "B" and "C" summary, the investigation is complete and either there is no offence or wrong accused. The distinction is important", he added.

Based on this, he rebutted the petitioners' argument that the Magistrate had closed the case. To accept the petitioners' argument that judicial order is necessary to revive investigation in a case where 'A Summary' has been filed would mean to place curbs on the powers of the investigation agency. He sought to explain this point through an example of a terrorism case.

Reliance was placed on Nirmal Singh Kahlon v. State of Punjab where the Top Court had observed that it is one thing to say that the court will have supervisory jurisdiction to ensure a fair investigation and correctness whereof is open to question, but it is another thing to say that the investigating officer will have no jurisdiction whatsoever to make any further investigation without the express permission of the Magistrate.

Desai also referred to Section 4 of the Maharashtra Police Act as per which the superintendence of the Police Force throughout, the State of Maharashtra, vests in and exercisable by the State Government. "So State govt has power to direct investigation," he said.

Nevertheless, he informed the Bench that the Magistrate, who had passed the order of closure, was informed of the revival of the FIR so that he can supervise the case. (In terms of Sakiri Vasu v. State of UP & Anr.)

He submitted that Section 164 statements were also recorded by the Magistrate in the case and allowing the recording of those statements mean that the Magistrate is aware of the revival of investigation and has approved the same.

Highlighting the Complainant's plight, who had lost her father and grandmother, Desai submitted that she had been "knocking on the doors for justice" for almost a year.

"Today the State is in the process of collecting evidence. Article 14 applies to the victim as well. Victim also a fundamental right to seek fair and complete investigation… From February, the victim (Adnya Naik) has been knocking on the doors for justice. The victim discovered the closure report only in Twitter… Petitioner has rights. Also, the victim has rights. It is the duty of the State to balance the rights of the victim and the accused," he vehemently argued.

He submitted that the investigation cannot be brought to a standstill when it is under progress. He insisted that there is a suicide note with names of persons and thus it is a matter that needs to be investigated.

Reliance was placed on Narayan Malhari Thorat v. Vinayak Deorao Bhagat, where the Supreme Court criticized the Bombay High Court for quashing an abetment to suicide case where the name of the accused was in the suicide note.

After the conclusion of the arguments yesterday, the bench reserved orders on interim bail. The orders will be pronounced tomorrow at 3 PM.

Though Senior Advocates Harish Salve and Abad Ponda made vehement submissions seeking ad-interim bail for Goswami -who was remanded to 14 days judicial custody on November 4 - the bench refused to grant it. The bench clarified that the pendency of the case in the High Court will not be an impediment for the petitioners to seek regular bail under Section 439 of the Code of Criminal Procedure before the concerned court. If such an application is made, the court ordered, the same should be decided by the concerned court within four days of the filing.

In a related development, Goswami was shifted from Alibag to Taloja Prison in Navi Mumbai today. As per reports, the police said that he was shifted after being found to be using social media in custody using someone else's phone.

Goswami was kept at a local school which has been designated as a COVID-19 centre for the Alibaug prison.

Read other reports of the hearing :

[Arnab Goswami Case] 'It Will Send A Wrong Signal That Though Sec 439 Is There, HC Can Be Approached', Bombay HC On Habeas Against Remand

If We Don't Finish Arguments Today, We Will Post Case After Vacations' : Bombay HC During Arnab Goswami Case Hearing; Arguments In Progress