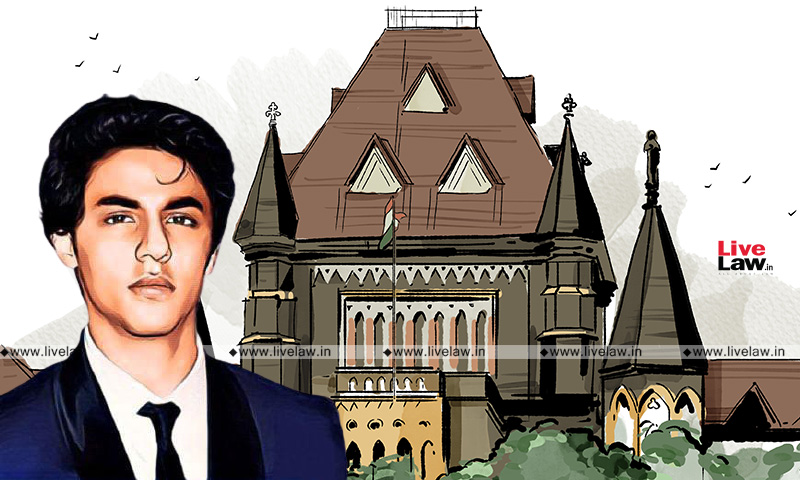 The Bombay High Court has granted bail to Aryan Khan in connection with the alleged cruise ship drug case.

Justice NW Sambre also allowed bail to his friends and co-accused in the matter, Arbaaz Merchant and Munmun Dhamecha.

Detailed order with reasons is likely to be released tomorrow.

Though bail has been allowed, the three accused will be released tomorrow after specification of the bail conditions in the detailed order.

The NCB had arrested the trio on October 3 following a raid at the international cruise terminal the previous day. They had moved the High Court after rejection of bail by the Special NDPS Court, on October 20.

NCB has alleged that the accused are part of a larger conspiracy, Khan has international links and thus required for further interrogation to unearth the truth.

The agency further alleged that Khan is an influential person and attempts have already been made to influence witnesses and tamper with evidence.

It was argued on behalf of Aryan Khan, represented by Senior Advocate Mukul Rohatgi, that his arrest was made in sheer violation of Article 22 of the Constitution, inasmuch as he was not informed about the correct grounds for arrest.

Khan also denied allegations of "conscious possession" of contraband which was recovered from his friend Arbaaz (6gms charas), saying, " There was no recovery from me. Though I say I was not aware what he was carrying. But what is being put on me is commercial quality through conspiracy… Their case is if it is not a coincidence, but a conspiracy. There has to be meeting of minds. Say a telephone call between all 8 (accused). So apart from Arbaaz, none of these chaps have anything to do with me."

On his connection with Aachit Kumar, an alleged drug peddler, Rohatgi submitted on behalf of Khan.

He added that it's a clear case of no possession, no consumption and no recovery of drugs.

Rohatgi also submitted that none of the WhatsApp chats recovered from Khan's phone relate to the cruise party. It is further argued that WhatsApp messages have no evidentiary value and a person's liberty for an offence punishable with one year cannot be deprived on such basis.

It was also contended that NCB's case relies heavily on "voluntary" statements given under Section 67 of the NDPS Act, which are inadmissible in evidence as per last year's Supreme Court judgment in the Tofan Singh case.

All three accused also denied allegation of conspiracy under Section 29 of NDPS Act.

In this regard, Senior Advocate Amit Desai appearing for Arbaaz Merchant submitted that at the time of arrest, the trio was not booked for conspiracy. However, now, the anti-drugs agency is roping in anybody and everybody using an "umbrella charge of conspiracy" to attract the rigours on grant of bail under Section 37 NDPS Act.

He stated that the maximum case against Merchant is that of 'personal consumption' of drugs. "No allegation in the arrest memo of 'use'. So there was a clear understanding that this was a case of nothing more than personal consumption," he said.

Desai further submitted that since the offences alleged against accused are punishable with less than one year, a notice of appearance under Section 41A of CrPC should have been issued, asking them to join the investigation.

"In minor offences, arrest is the exception. This is the diktat of the Arnesh Kumar judgment," he argued.

On the issue of allegedly incriminatory WhatsApp chats, Desai submitted that the Punjab and Haryana High Court, while presiding over a NDPS matter, had held that WhatsApp chats are inadmissible without certificate issued as per Section 65B of the Indian Evidence Act. "Digital evidence has to be verified," he said.

Advocate Ali Kashif Khan appearing for Munmun Dhamecha claimed before the High Court she was invited on the cruise and was in the room along with one Somiya and Baldev when the NCB came for the alleged search.

He stated that the case against Munmun is of conscious possession whereas she has no concern with the drugs. He added that Section 29 of the NDPS Act for conspiracy has been misused by the NCB by joining small quantity people with those from whom intermediary and commercial quantities were recovered.

ASG Anil Singh on behalf of NCB argued that in the accused' WhatsApp chat there is a specific reference to bulk quantity, and that Khan is not a first-time consumer. Regarding admissibility of the chats, the ASG said they have a 65B certificate as required under the Indian Evidence Act and the chats are thus admissible.

He pointed out that when Khan was apprehended, multiple drugs were found from 8 people (of the 11 people named in the secret note received by the agency). Thus, a cumulative effect has to be seen. "It has to be investigated… cumulative drug quantity was of commercial quantity," ASG Anil Singh said.

He argued that there was no infirmity in the arrests and that in NDPS matters, "custody is the rule, bail is the exception".

Responding to this however, Rohatgi cited the Supreme Court's judgment in Sanjeev Chandra Agarwal v. Union of India, to argue that admissibility of Section 67 statements can be considered at bail stage.

NCB has also alleged that in an attempt to derail the investigation, the accused had influenced panch witness Prabhakar Sail, leading to allegations of extortion on NCB officers. The Mumbai Police has now ordered a probe against NCB's Zonal Director Sameer Wankhede in this regard.

Meanwhile, Khan has denied any connection with Sail or his associates.

Previously, a special NDPS Court of Judge VV Patil had rejected their bail pleas, stating that a prima facie case of conspiracy and illicit drug trade is made out.

Allegedly, 6 gm charas was recovered from the shoes of Arbaaz Merchant and 5 grams from Munmun Dhamecha's room. No recoveries were made from Aryan Khan. However, NCB has charged Khan and Dhamecha with conscious possession.

They are booked under sections 8(c) read with 20b (purchase), 27 (consumption), 28 (attempt to commit offence), 29 (abetment/ conspiracy) and 35 (presumption of culpable mental state) of the NDPS Act.