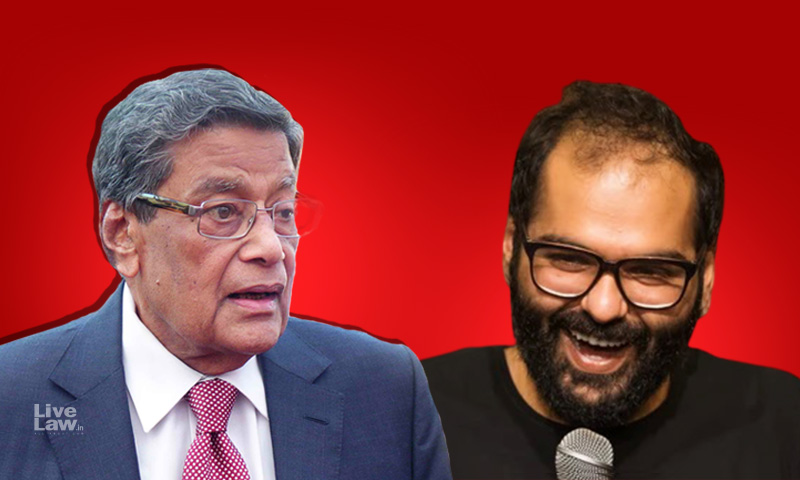 The Attorney General for India, KK Venugopal has granted his consent for initiation of contempt proceedings against comedian Kunal Kamra, over his tweets about the Supreme Court in the wake of its order granting interim bail to Arnab Goswami.

Finding Kamra's tweet to be highly objectionable, the AG granted his consent under Section 15(1)(b) of the Contempt of Courts Act, 1971 to initiate criminal contempt. He said,

Complaining against the same, law student Skand Bajpai had sent a letter to the AG stating that the tweets and publications scandalize the Supreme Court and prejudices the minds of millions of people.

The AG had earlier declined consent to initiate criminal contempt against actor-activist Swara Bhasker for her comments criticizing the Supreme Court observing that the comments did not amount to an attack on the Supreme Court.
Recently, the AG refused to give consent for contempt against the Chief Minister of Andhra Pradesh, Y S Jagan Mohan Reddy, for his public allegations against Justice Ramana. Though the AG commented that the public allegations were prima facie 'contumacious', he declined consent observing that it was not proper for him to intervene when the CJI is seized of Jagan's letter.