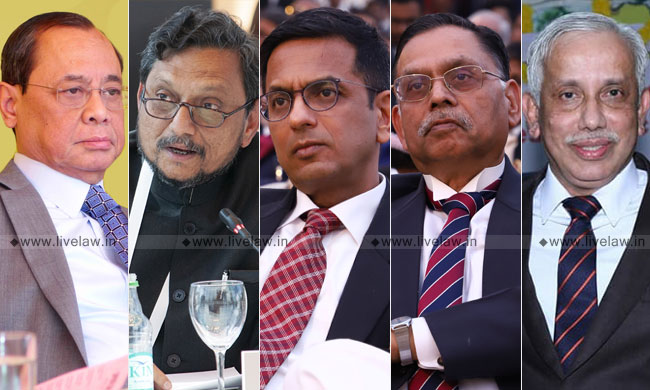 In the Ayodhya-Babri Masjid title dispute case, the Supreme Court constitution bench today reserved orders on whether to refer the case for mediation.The Hindu groups today stiffly opposed the reference to mediation. They submitted that the matter was not a mere property dispute, but was concerning faith and sentitments."The belief that the site is the birth place of Lord Ram is...

In the Ayodhya-Babri Masjid title dispute case, the Supreme Court constitution bench today reserved orders on whether to refer the case for mediation.

The Hindu groups today stiffly opposed the reference to mediation. They submitted that the matter was not a mere property dispute, but was concerning faith and sentitments.

"The belief that the site is the birth place of Lord Ram is non-negotiable. We are ready to crowd-fund the construction of a mosque elsewhere", submitted Senior Advocate C S Vaidyanathan, who appeared for the deity.

The Akhil Bharath Hindu Mahasabha also voiced their opposition to mediation. They submitted that if at all mediation is ordered, general public should be permitted to participate after issuing public notice under Order 1 Rule 8 of the Code of Civil Procedure.

On the other hand, Muslim groups expressed their willingness to participate in mediation. Senior Counsel Rajeev Dhawan appearing for Sunni Waqf Board went to the extent of submitting that consent of all parties was not required for the Court to refer the parties to mediation under Section 89 of the Code of Civil Procedure.

Justice Bobde orally remarked from the bench that the Court was conscious of the gravity of the dispute and its impact on "body politic". The endeavour is to "heal relations", he said. He assured that confidentiality will be maintained if the case is referred for mediation and indicated that the court is considering banning media reporting on mediation process.

However, Justice Chandrachud seemed to have reservations about the efficacy of mediation process. He wondered how the mediated settlement can bind millions of persons belonging to both relgions, as the issue was not a dispute between two parties. At the same time, he  expressed that a negotiated settlement in the case was most 'desirable'.

On this count, Justice Bobde expressed that if a decree can bind all parties in a representative suit, so can the result of a mediation.

Solicitor General Thushar Mehta, appearing for Uttar Pradesh Government, opposed mediation by saying that it was not "prudent and advisable" in the given circumstances. Mehta's submission was opposed by Dhawan by stating that UP Government cannot take views in the matter as it was supposed to have a disinterested stance being a statutory receiver.

After hearing the parties, the Court reserved orders on this limited point.

On Feburary 26, the bench had adjourned the hearing on the merits of the case by six weeks to enable the parties to examine the translations of records prepared by the UP Government. The parties were directed by the Court to examine the records and point out their objections. This was after the Muslim groups expressed doubts about the veracity of the translation

At the outset, the CJI had made it clear that the hearing will commence only if parties accept the translations prepared by the UP Government as authentic. The report submitted by the Secretary General to the Court was read out by the CJI to the parties, which indicated that the records ran into nearly 38,000 pages, in the languages of English, Hindi, Sanskrit, Urdu and Gurumukhi.

The bench had then remarked that it was better to have a mediated settlement of the dispute and adjourned the matter to today to explore the scope of mediation.

Note filed by the Petitioners