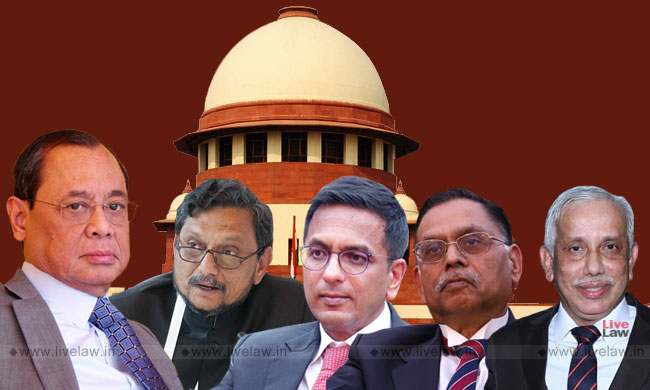 Hindu body 'Nirmohi Akhara' was told by the Supreme Court on Friday that if it claims to be the 'shabait' (manager) of deity 'Ram Lalla', then it will lose the title right over the disputed property.The Allahabad High Court, in its judgment of 2010 on four civil lawsuits, had partitioned the 2.77-acre disputed land in Ayodhya equally among the three parties -- the Sunni Waqf Board, the...

Hindu body 'Nirmohi Akhara' was told by the Supreme Court on Friday that if it claims to be the 'shabait' (manager) of deity 'Ram Lalla', then it will lose the title right over the disputed property.

The Allahabad High Court, in its judgment of 2010 on four civil lawsuits, had partitioned the 2.77-acre disputed land in Ayodhya equally among the three parties -- the Sunni Waqf Board, the Nirmohi Akhara and Ram Lalla.

Akhara claimed to be the sole official 'shabait' of deity 'Ram Lalla Virajman' at the disputed site since time immemorial and had said that that it had been appointing 'priest' for worship there.

"The moment you say that you are the 'shabait' (devotee of deity 'Ram Lalla'), you (Akhara) cannot have the title over the property," a five-judge Constitution bench told the counsel for Nirmohi Akahara.

Justice Chandrachud distinguished the character of the Akhara as the sole devotee and said that it cannot have the title right over the disputed land.

"Your claim of one-third over the property straightaway goes," he observed and asked senior advocate Sushil Kumar Jain, counsel for the Akhara, how it claimed the ownership rights of the property in question.

"No, my right does not vanish. I have been in possession of the property in the capacity of the 'shabait'," the senior lawyer said.

Justifying the Hindu body's claim, he said that though the deity has been held to be a juristic person, the 'shabaits' are legally entitled to undertake and pursue litigations on behalf of the deity.

Taking a stand contrary to the counsel for deity 'Ram Lalla', the senior lawyer for the Akahara said, "The idols should not have been made a party."

"Are you claiming possession of the property on the ground of your 'shabaitship'," the bench asked. The lawyer replied in affirmative.

"No one has taken exception to our plea of my 'shabaitship'," he said, adding, "all puja have been done by 'pujari' appointed by the Akahara. So far as my right as 'shabait' is concerned, there was no dispute".

Aakhara asserted its claim over the disputed site where the medieval structure was demolished on December 6, 1992, and said that Muslims were not allowed to enter the place and offer 'namaz' since 1934.

The law of limitation applied on lawsuits filed by Muslims in the case as they were ousted from the site in 1934 and they filed the case in 1961 which are time barred, the lawyer said.

"I had filed the lawsuit much earlier claiming that my possession rights have been taken away," he said.

"I am looking after the property from the very beginning and my name appears in all the documents right from the beginning," the counsel for Akhara said.

The bench, which will commence hearing arguments on Friday, said "How can we hear you, if you plead against what you had argued in the high court".

Earlier, Akhara had told the court that its possession on the property was "exclusive" as after the 1934 riots till 1949, Muslims were allowed to offer Friday prayers only, that too under police protection.

"Assuming the evidence produced by the Muslim parties to suggest that they, after the 1934 riots used to visit the place under police protection for prayers on Fridays is to be accepted, it would not change the legal character of possession of the plaintiff (Nirmohi Akhara) being in settled possession and such intermittent infringement of possession which according to that evidence also stood restored after the prayers cannot lead to a conclusion of joint possession of Hindus with the Muslims," it had said.