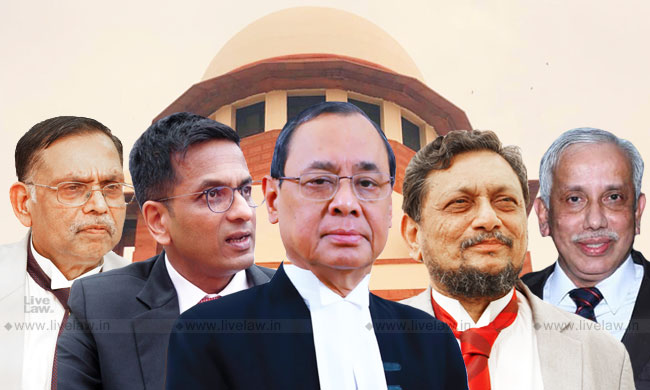 Mughal emperor Babur neither visited Ayodhya nor ordered demolition of the temple to construct a mosque in 1528 at the disputed Ram Janmbhoomi-Babri masjid site, a Hindu body claimed before the Supreme Court on Wednesday. 'Akhil Bhartiya Sri Ram Janam Bhoomi Punarudhar Samiti', a defendant in a lawsuit filed by a Muslim party in the case, referred to the historical books like...

Mughal emperor Babur neither visited Ayodhya nor ordered demolition of the temple to construct a mosque in 1528 at the disputed Ram Janmbhoomi-Babri masjid site, a Hindu body claimed before the Supreme Court on Wednesday.

'Akhil Bhartiya Sri Ram Janam Bhoomi Punarudhar Samiti', a defendant in a lawsuit filed by a Muslim party in the case, referred to the historical books like 'Tuzuk-i-Baburi or Baburnama', 'Humayunnama', 'Akbarnama' and 'Tuzuk-i-Jahangiri' before a 5-judge Constitution bench, headed by Chief Justice Ranjan Gogoi, to highlight its point that none of these talked about the existence of Babri masjid.

Advancing submissions on the 14th day of the decades-old case, senior advocate P N Mishra, appearing for the Hindu body, said these books, specially 'Baburnama', did not talk about either destruction of the temple or construction of the Babri mosque in Ayodhjya by Mir Baki, the commander of the first Mughal emperor.

"Babur did not enter Ayodhya and therefore, he had no occasion to direct demolition of the temple and construction of the mosque in 1528 AD and moreover, there was no person with the name of Mir Baqi as his commander," Mishra told the bench which also comprised Justices S A Bobde, D Y Chandrachud, Ashok Bhushan and S A Nazeer.

Mir Baki was not the commander who had led the invasion on Ayodhya, Mishra said leading the bench to ask him as to what he was trying to prove by referring to these historical books.

'Baburnama' is the first historical book so far as the case of Muslims is concerned, Mishra said, adding, "I, being the defendant, want to disprove their case. They said that the our temple be declared as mosque.

"If any building is to be declared a mosque then they will have to prove that Babur was the 'wakif' of the place."

Mishra said that 'Baburnama' deals with the 18 years of life of the emperor, but does not talk about any mosque at Ayodhya and moreover, when the so called mosque was ordered to be constructed, the king was in Agra.

"A man can tell a lie, but the circumstances do not tell a lie," Mishra said.

Babur defeated Muslim ruler of Awadh, Ibrahim Lodi and killed him and then made his brother the commander of the area, he said, adding that the Muslims here said that Mir Baki was the commander of Babur, which is wrong.

He then said the inscriptions, which allegedly dealt with existence of the mosque there, were first seen in 1946 when a magistrate visited the place and it was his submission those inscriptions were forged.

Mishra then referred to 'Ain-i-Akbari', written by Abul Fazal and said in that 1576 he wrote about 'Ramkot' in Ayodhya which was worshipped by the Hindus as being the birth place of Lord Ram.

"But, 'Ain-i-Akbari' does not refer to any mosque at Ayodhya," he said, adding that though this book notes down minute details of three graves in nearby localities.

"Does 'Ain-i-Akbari mention any other mosques," the bench asked. To this, the lawyer said that he would come back with the details.

Then the lawyer cited 'Humayunnama', written by Babur's daughter Gulbadan Begaum and 'Tuzuk-i-Jahangiri' of Babur's great grandson and emphasised that these two books also did not mention anything about construction of mosque at Ayodhya.

"What is your theory to the claim that the building has the characteristic of both mosque and temple... you say that the structure was destroyed by Aurangzeb," the bench asked.

It was established that Babur did not make the mosque and it was built by Aurangzeb who destroyed temples at places like Mathura and Kashi, Mishra responded, adding that in a civil lawsuit the defendant's duty is to disprove the case of the plaintiff.

One of the commanders of Aurangzeb had said that the Mughal emperor destroyed four famous Hindu structures.

The bench then asked as to what will happen to the prayer of the Muslim party seeking declaration of the place as the mosque after demolition of the structure.

The lawyer said that he was seeking dismissal of the suit on the ground of incorrect pleadings.

Referring to Tulsi Das, who had written 'Ramayana', the lawyer said that he was the contemporary, but nothing is written about the Babri masjid.

He then said that he would refer to Islamic law and 'Hadith' to establish the fact that "usurpation" of other's property in Islam was 'haram' (prohibited).

Mishra opposed the submission of senior lawyer Rajeev Dhavan, counsel for Muslim parties, that the books, which have not been exhibited in the High Court cannot be cited in the apex court saying that the Evidence Act permitted that.

Referring to the concept of 'Darul Islam', Mishra said that as Babur won Awadh from Muslim ruler Lodi, he was disentitled under Islamic law to confiscate properties of 'kafirs' (non-believers).

The advancing of arguments would continue on Thursday.