Breaking : CBI Files Chargesheet Against Chidambaram, Karti and 12 Others In INX Media Case 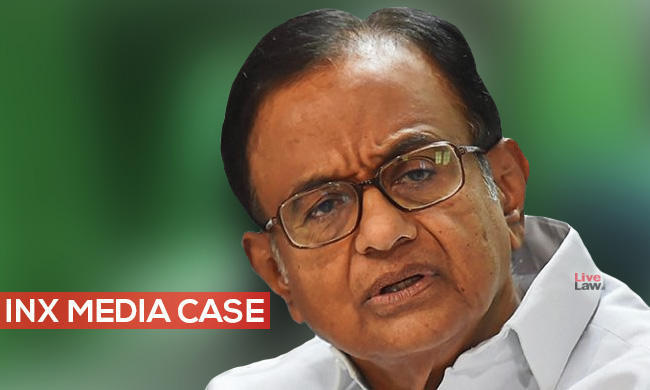 The Central Bureau of Investigation on Friday filed chargesheet in the Special CBI Court Delhi against former Union Finance Minister P Chidambaram, his son Karti, Peter Mukherjee and eleven others in the INX Media case.

The Special CBI Judge Ajay Kumar Kuhar will hear on framing of charges on Monday.

During the hearing of Chidambaram's bail plea in the Supreme Court, Solicitor General Tushar Mehta informed the bench comprising Justices R Banumathi, AS Bopanna and Hrishikesh Roy that offences of criminal conspiracy, cheating and forgery under  Sections 120B, 420, 468, 471 of Indian Penal Code and offences under Sections 9 and 13(1) (d) of Prevention of Corruption Act are included in the chargesheet.

Notably, the chargesheet has been submitted two days prior to the expiry of sixty days time limit for submitting the same. If the agency had failed to comply with this time limit, Chidambaram would have got the benefit of 'default bail'.

Yesterday, the Enforcement Directorate took him into seven days custody after arresting him from Tihar jail.

The Supreme Court is presently considering his petition against the September 30 judgment of Delhi HC, which denied him regular bail observing that he has the potential to influence witnesses considering his stature as a Senior Advocate and his position as a Rajya Sabha MP and former Union Cabinet Minister.

The High Court took note of the 'sealed cover' notes submitted by the CBI, which stated that the accused Peter Mukherjee and Indrani Mukherjee -who controlled INX media - had met Chidambaram even before the filing of application for FIPB approval. The Court said in the judgment that it was on record that large sums of monies had come to the companies owned and controlled by Karti Chidambaram - Chidambaram's son- during the period of FIPB approval to INX Media, even though no services were rendered by those companies. Investigation has also revealed that contemporaneously large number of emails were exchanged between the representatives of INX Media and the company controlled by petitioner and Karti P. Chidambaram, the judgment said.

The High Court observed that economic offences constitute a class apart as it cuts at the root of probity and purity of public administration. An economic offence is committed with cool calculation and deliberate design with an eye on personal profit regardless of the consequence to the Community.