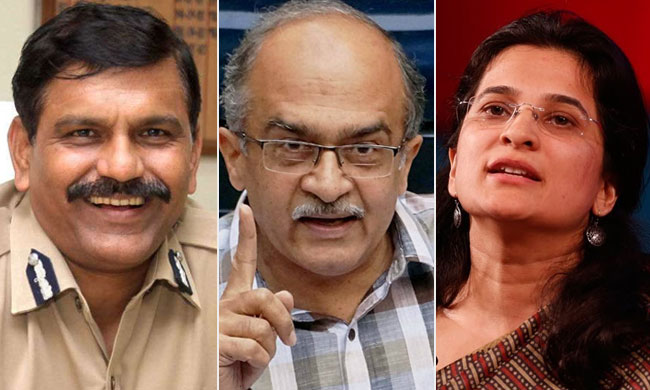 The NGO Common Cause has approached the Supreme Court against the appointment of M Nageshwara Rao as interim director of the CBI.

RTI activist Anjali Bhardwaj is a co-petitioner in the PIL, which also alleges that the Government was not following a transparent process in the appointment of CBI Director.

The petition states that the appointment of Nageshwar Rao was not made on the basis of recommendations of the high powered selection committee, as mandated under the Delih Special Police Establishment Act.

The order dated January 10, 2019 states that the Appointment Committee of the Cabinet has approved the appointment of Nageshwar Rao "as per the earlier arrangement". However, this earlier arrangement i.e. Order dated October 23, 2018 making him interim CBI Director, had been quashed by the Supreme Court on January 8 in the Alok Verma case. However, the government still invoked its earlier order which had been quashed, to once again make Nageshwar Rao Interim Director of the CBI.

The Government of India has attempted to stifle the independence of the institution of the CBI by appointing the Director of the CBI in an arbitrary and illegal manner. Further, the lack of transparency in the process of appointment prevents any meaningful public scrutiny and allows the government to exercise undue influence in the process especially at the stage of short-listing of candidates, thereby undermining the institution of the CBI.

Apart from seeking to quash Rao's appointment, it also seeks directions for laying down specific mechanisms to ensure transparency in the process of appointment of the Director of the CBI.

The petition states that in December 2018, the government initiated the process of appointment of Director, CBI as the tenure of Alok Verma was set to finish on January 31, 2019. In December 2018,Anjali Bhardwaj filed various applications under the RTI Act seeking information on appointment process.

"In an attempt to obfuscate and withhold information about the appointment process, the government responded to each of these RTI applications with the same summary response", the petition says.