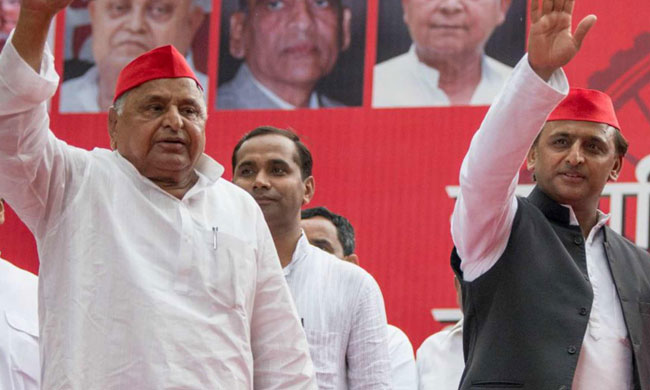 The Central Bureau of Investigation today filed an affidavit in the Supreme Court informing that no evidence for registering a criminal case was found against former UP Chief Minister and Samajwadi Party leader Mulayam Singh Yadav and his son Akhilesh Yadav in the disproportionate assets case registered in 2007.

The case was registered by CBI in 2007 for preliminary enquiry following the directions of the Supreme Court in a writ petition filed by Congress worker Vishwanath Chaturvedi. Though the Court had also directed probe against Dimple Yadav, wife of Akhilesh, the enquiry against her was dropped later by the Court allowing her review petition on the finding that she was not holding any public office.

The CBI informed the Court that the preliminary enquiry was closed in 2013 on finding no evidence for supporting the allegations that they had amassed wealth beyond known sources of income.It explained that it did not find any evidence to register a Regular Case (RC) against the Yadavs. This was informed to the Central Vigilance Commission as well, said the CBI.

"the Preliminary Enquiry was not converted into a Criminal Case because the enquiry conducted by the respondent did not disclose the commission of a cognizable offence", said the affidavit.

The affidavit further stated that the SC had not directed to registered a criminal case, and had directed the CBI to take an independent decision on the matter based on evidence collected.

The affidavit was filed in response to the direction from the Court on March 25 regarding the status of the case.