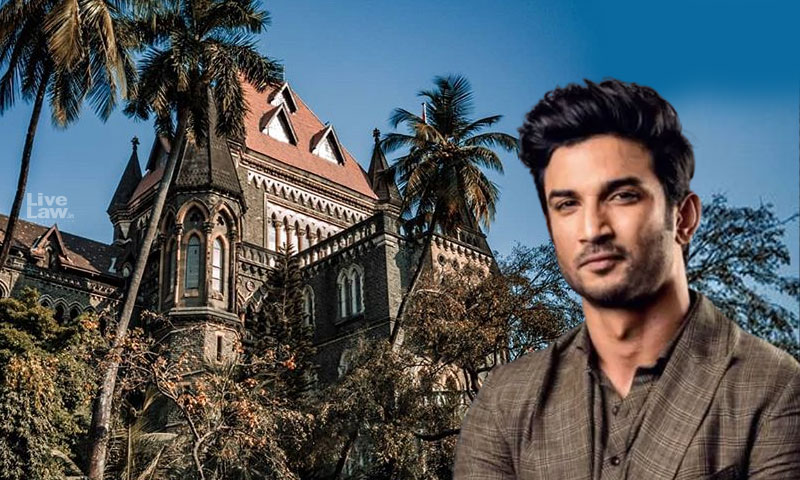 In the case filed by Sushant Singh Rajput's sisters for quashing of FIR registered in relation to complaint against them by Rhea Chakraborty, Central Bureau of Investigation has filed a reply before the Bombay High Court and submitted that the FIR filed against the sisters is bad in law and can be quashed.The Central Agency has argued that since the Supreme Court specifically observed...

In the case filed by Sushant Singh Rajput's sisters for quashing of FIR registered in relation to complaint against them by Rhea Chakraborty, Central Bureau of Investigation has filed a reply before the Bombay High Court and submitted that the FIR filed against the sisters is bad in law and can be quashed.

The Central Agency has argued that since the Supreme Court specifically observed while transferring investigation in Sushant's case to CBI that apart from the FIR registered by Bihar police, the agency will investigate any future case that relates to the death of the actor, Bandra police should have forwarded the complaint to them.

While Rhea Chakraborty filed her reply seeking dismissal of the petition filed by the sisters for quashing, CBI filed its reply questioning the Mumbai Police's motive in registering another FIR in relation to the case. Referring to the Supreme Court's order allowing transfer of investigation in Sushant Singh Rajput's death to CBI, the reply states-

"It is settled law that two FIRs cannot be registered on the same cause of action. It is a fact that CBI is already investigating the causes relating to the death of Sushant Singh Rajput on the basis of a complaint filed by KK Singh, father of the deceased. The CBI is meticulously investigating all the aspects related to the death of Sushant Singh Rajput. In view of the present situation and order dated 19.08.2020 passed by Hon'ble Supreme Court of India, it was expected from the Mumbai Police to forward the complaint received from Ms. Rhea Chakraborty (Respondent No. 2), to the CBI for necessary action, instead of registering an FIR itself."

The central agency further contended that the FIR registered against Sushant's sisters are bad in law, allegations are mostly presumptive and speculative in nature and can be quashed-

"It is submitted that the present FIR has been registered by Mumbai Police in complete disregard to the provisions of section 154 Cr.P.C. Both the Respondent No. 1& Respondent No. 2 were consciously aware that an FIR has been registered by Patna Police to look into the circumstances surrounding the death of Late Sushant Singh Rajput which was transferred to CBI for investigation. The investigation by CBI has also been approved by Hon'ble Supreme Court of India vide judgement dated 19.08.2020. Therefore, registration of another FIR on the same facts and cause of action was neither warranted nor allowed under law.

Thus the FIR No. 576 of 2020 is vitiated and bad in law. It is further submitted that in light of the case laws cited by the petitioner in this Para, Mumbai Police was required to follow the procedure laid down by the Hon'ble Supreme Court in Jacob Matthew Vs, State of Punjab & Anr. 2005 (6) SCC 1.

That in reply to averments made in ground 'F' of the petition, it is submitted that it is correct that if the allegations mentioned in the FIR, prima facie, do not constitute any offence or make out a case against the accused, the FIR can be quashed by Constitutional Courts. Pertinently, the allegations levelled in the instant FIR are mostly presumptive and speculative in nature."

In the FIR registered by Bandra Police, it is alleged that Sushant's sister Priyanka Singh "hatched a conspiracy and obtained false prescription on the letterhead of a government hospital for a banned medicine and administered the same without supervising doses and quantity which may result in a chronic anxiety attack and which resulted in the commission of suicide."

The CBI's reply also states that there is apparent deviation in the statements made by Rhea Chakraborty which were widely circulated on electronic and print media and the averments mentioned in the complaint submitted by her before Bandra police. The very genesis of the FIR registered at Bandra police station is flawed, the CBI has said.

"It is submitted that the CBI is conducting investigation meticulously and professionally without being hindered by any external factor and would thoroughly look into each and every aspect relating to the death of Late Sushant Singh Rajput in a fair and impartial manner. It is also submitted that if the Respondent No. 1 or Respondent No. 2 had to provide any information regarding the death of Sushant Singh Rajput, the same should have been directly shared with the CBI for necessary action at its end and the registration of the FIR by Bandra Police Station on the said information was not required, however, they chose to register a separate FIR, in the matter."