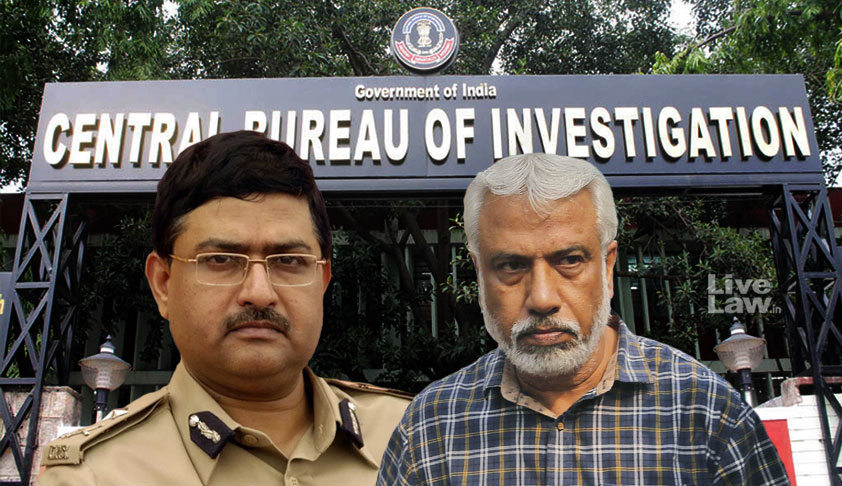 On Tuesday, Central Bureau of Investigation (CBI) officer, AK Bassi withdrew his petition challenging his transfer to Port Blair ordered by then interim Director, Nageshwar Rao on January 11, 2019, as the Supreme Court refused to interfere in the matter. The Bench comprising of CJI SA Bobde along with Justices AS Bopanna and V Ramasubramanian however, granted Bassi liberty to approach...

On Tuesday, Central Bureau of Investigation (CBI) officer, AK Bassi withdrew his petition challenging his transfer to Port Blair ordered by then interim Director, Nageshwar Rao on January 11, 2019, as the Supreme Court refused to interfere in the matter.

The Bench comprising of CJI SA Bobde along with Justices AS Bopanna and V Ramasubramanian however, granted Bassi liberty to approach the appropriate authority with regard to his grievance.

During the hearing CJI Bobde expressed surprise at the fact that Bassi had not joined his post in the Andamans, despite orders. Appearing for the CBI officer, senior advocate Rajeev Dhavan submitted that his transfer was wrongly ordered.

Referring to the Supreme Court's order of January 8, 2019, Dhavan apprised the Court that pursuant to the same, his transfer was withdrawn. The Court had granted him permission to file a representation and sort out the issue with the CBI, added Dhavan.

However, Dhavan continued, Nageshwar Rao again took charge as interim Director on the night of January 10 again and restored the order.

"The Order for transfer to Port Blair was wrong, and had been withdrawn in pursuance to an order of this Court. This should have been the end of the issue ideally. But a new director came in his place, restoring the transfer order", submitted the senior advocate.

The CJI, however, was of the opinion that even if Bassi believed that the Order was illegal, it had to be followed unless it was set aside by Court. "Even if that order is illegal, it has to be set aside. Where is the order saying we hold the transfer order as illegal?", he remarked.

Averring to the Supreme Court Order referred to by Dhavan, the CJI added that "in our own order, we do not see any protection to you. What has prevented you from joining your post?"

Dhavan again referred to the Apex Court order to argue that he had immediately moved Court for relief as the transfer order came despite him being allowed to take up the issue with the CBI.

"This (transfer) order is in the teeth of fulfillment of the Courts Order", said Dhavan while urging the Court to look into the alleged mala fide intentions behind the transfer and grant him protection.

As the Solicitor General, Tushar Mehta suggested that the transfer Order should be challenged before an appropriate forum, Dhavan said that he would approach the Central Administrative Tribunal, but sought to be protected against the chargesheet.

Dhavan informed Court that the chargesheet filed against Bassi even raised allegations as to why he moved the Top Court with this plea without seeking permission from the agency.

"I'm being harassed for approaching court. I'll go to CAT, but kindly protect me till then from this chargesheet", requested Dhavan.

However, no such relief was granted by the CJI, who allowed Dhavan to withdraw his plea with leave to keep all grounds open before an appropriate forum.

Immediately after taking charge of the CBI, following the controversial removal of then CBI Director Alok Verma on October 23, 2018, Rao had transferred Bassi to Port Blair on October 24. After the Apex Court set aside Verma's removal, he took charge as Director again on January 10, 2019 and revoked Bassi's transfer order. In the same order, dated January 8, the Court had also granted Bassi liberty to make a representation before officials regarding his transfer.

However, consequent to a meeting of the High Power Committee headed by the Prime Minister, Verma was ousted from office again on the night of January 10 itself, and interim charge was given back to Rao, who again transferred Bassi to Port Blair.

Bassi, who was the former Investigation Officer in the FIR against Rakesh Asthana immediately moved the Top Court challenging his transfer as mala fide. He contended that he was being victimized by Rao, who represented a faction of the CBI that didn't want a free and fair probe against Asthana. On January 31, 2019 the matter had been taken up wherein the Supreme Court had sought CBI's response.