Company Tribunal Not A Labour Court Or Administrative Tribunal To Focus Entirely On Removal Of Director : Supreme Court In Tata-Mistry Case 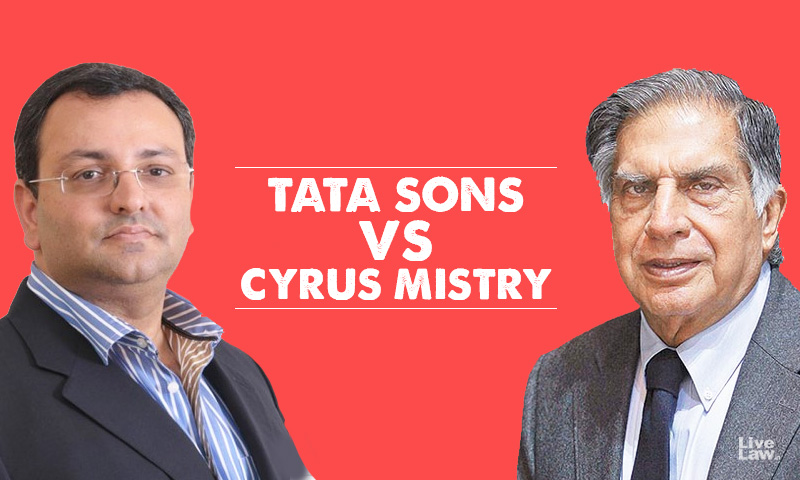 In the Tata Sons-Cyrus Mistry case, the Supreme Court observed that the Company Law Tribunal cannot interfere with the removal of a person as a Chairman of a Company in a petition under Section 241 of the Companies Act 2013, unless such removal was "oppressive or prejudicial".Under Section 241 of the Companies Act, the National Company Law Tribunal has jurisdiction to deal with an application...

In the Tata Sons-Cyrus Mistry case, the Supreme Court observed that the Company Law Tribunal cannot interfere with the removal of a person as a Chairman of a Company in a petition under Section 241 of the Companies Act 2013, unless such removal was "oppressive or prejudicial".

Mere removal of a person as Chairman of the Company, in accordance with the law and the Articles of Association, is not a subject matter under Section 241, unless it is shown to be "oppressive or prejudicial".

"The Company Tribunal is not a labour Court or an administrative Tribunal to focus entirely on the manner of removal of a person from Directorship", the judgment delivered by a bench comprising Chief Justice of India SA Bobde, Justices AS Bopanna and V Ramasubramaniam observed.

The judgment which set aside the direction of the National Company Law Tribunal to reinstate Cyrus Mistry as the Executive Chairman of Tata Sons Ltd said :

"There may be cases where the removal of a Director might have been carried out perfectly in accordance with law and yet may be part of a larger design to oppress or prejudice the interests of some members. It is only in such cases that the Tribunal can grant a relief under Section 242".

"...the validity of and justification for the removal of a person can never be the primary focus of a Tribunal under Section 242 unless the same is in furtherance of a conduct oppressive or prejudicial to some of the members".

NCLAT could not have ordered reinstatment

The Supreme Court further found fault with the NCLAT for ordering the reinstatement of Mistry as Chairman, especially so when no such relief was sought by him. The Court also expressed surprise at the fact that the NCLAT passed such a direction overlooking the fact that Mistry's term of Chairman had expired in 2017 itself.

"The judgment of the NCLAT was passed on 18.12.2019,by which time, a period of nearly 7 years had passed from the date of CPM's appointment as Executive Chairman. Therefore, we fail to understand : (i) as to how NCLAT could have granted a relief not apparently sought for (though wished for); and (ii) what NCLAT meant by reinstatement "for the rest of the tenure". That the question of reinstatement will not arise after the tenure of office had run its course, is a settled position", the Court said.

The Court said that such a remedy could not have been given  by a labour court/service Tribunal in matters coming within their jurisdiction.

No power to order reinstatement under Sections 241/242

"It is significant that Sections 241 and 242 of the Companies Act, 2013 do not specifically confer the power of reinstatement, nor we would add that there is any scope for holding that such a power to reinstate can be implied or inferred from any of the powers specifically conferred".

"The architecture of Sections 241 and 242 does not permit the Tribunal to read into the Sections, a power to make an order(for reinstatement) which is barred by law vide Section 14 of the Specific Relief Act, 1963 with or without the amendment in 2018.Tribunal cannot make an order enforcing a contract which is dependent on personal qualifications such as those mentioned in Section 149(6) of the Companies Act, 2013".

"The position in law that a contract of personal services cannot be enforced by Court is a long standing principle of law and cannot be displaced by the existence of any implied power, though none is shown in the present case".

The Supreme Court remarked that "the relief of reinstatement granted by the Tribunal,was too big a pill even for the complainant companies (and perhapsCPM) to swallow".