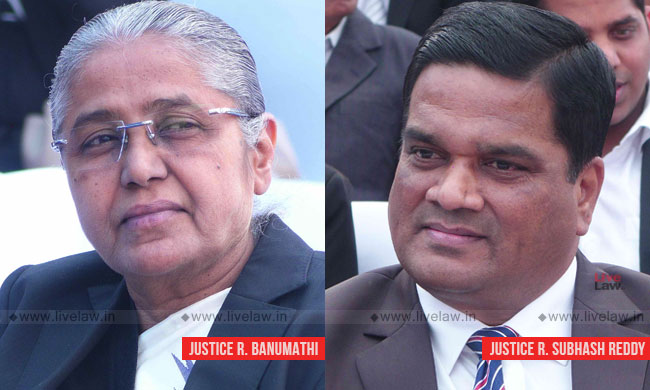 "Merely because an offence is compoundable under Section 320 CrPC, still discretion can be exercised by the court having regard to nature of offence."

The Supreme Court has observed that a court has discretion to reject a plea to compound an offence having social impact, even if the offence is compoundable under Section 320 of the Code of Criminal Procedure.

The case against Bhagyan Das was that, while working as Village Development Officer, he misled a woman about a Financial Scheme and embezzled major amount from her. Under the scheme, an amount of Rs. 9600 was be withdrawn by the joint signatures of both the woman and the VDO. Misusing his position as Government servant, he misled her by making payment of only Rs. 4000.

Later, the Trial Court convicted him for offence under Section 420 IPC and sentenced him to undergo two years' rigorous imprisonment and also imposed a fine of Rs.2000. On his appeal, the Sessions Court modified the quantum of sentence by reducing it to one year imprisonment, and sustained the imposition of fine.

Justice Servesh Kumar Gupta had also referred to Gian Singh v. State of Punjab, wherein the constitution bench had observed that compounding powers should be exercised by the Court considering the social impact of the crime in question vis-à-vis its individual impact, as decisive criterion for quashment power in such cases. While dismissing his plea, the court observed thus:

"Had this been a case of purely an individual nature without having any social impact, then this Court would have thought for accepting such type of application. Since the accused was a Government Servant working as Village Development Officer and was authorised to withdraw the amount jointly with the beneficiary concerned, but he was found indulged in grabbing the amount meant for the development of the poor villagers in the manner stated hereinabove, therefore, I think it is not a case where it leads its effect only to the complainant Smt. Deveshwari Devi, but to the society at large. It is the one case of embezzlement, which could be highlighted. Possibility of indulging in misuse of his position for grabbing the money of the many other unfortunate poor villagers by such type of Government Servant/convict cannot be ruled out."

Courts Have Discretion To Refuse Compounding

In the special leave petition filed by the accused, the bench comprising Justice R. Banumathi and Justice R. Subhash Reddy, agreeing with the High court view, observed that merely because an offence is compoundable under Section 320 CrPC, still discretion can be exercised by the court having regard to nature of offence. The court said:

"Merely because an offence is compoundable under Section 320 CrPC, still discretion can be exercised by the court having regard to nature of offence, as such it is rightly held in the impugned judgment that as the offence for which appellant was convicted and sentenced, it will have its own effect on the society at large. In view of the reasons recorded in the impugned order rejecting the application for compounding, it cannot be said that the High Court has committed any error in not accepting the application filed for compounding the offence."

Though it sustained conviction, the bench taking into account some other factors, modified the sentence imposed on the accused for the period already undergone.