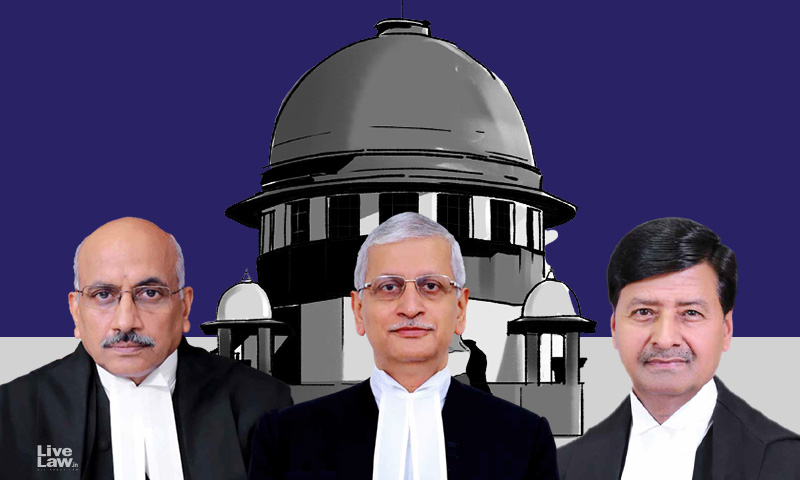 The Supreme Court has recalled an order granting custody of a child to a Kenyan citizen of Indian origin after finding that he had played fraud on the court and had approached it with "unclean hands" by suppressing material facts(Smriti Madan Kansangra v. Perry Kansangra).The Court declared its earlier order granting custody to the father who played fraud as "illegal" and "ab...

Subscription starts from
₹ 1,499+GST
(For 1 Year)
View Plans
Premium account gives you:
Subscribe Now
Already a subscriber?
Login
The Supreme Court has recalled an order granting custody of a child to a Kenyan citizen of Indian origin after finding that he had played fraud on the court and had approached it with "unclean hands" by suppressing material facts(Smriti Madan Kansangra v. Perry Kansangra).
The Court declared its earlier order granting custody to the father who played fraud as "illegal" and "ab initio void".
Observing that the party has defied the conditions imposed by the Court for taking the child to Kenya after securing his custody, the Court directed the CBI to initiate proceedings to secure and entrust the custody of the child to his mother. The Court also asked the Centre and the Indian mission in Kenya to help the mother and ordered registration of a suo motu contempt case against Perry Kansagra, the father of the child. The Court has directed Perry Kansagra's physical presence before it on November 16 and asked the registry to pay Rs 25 lakh as litigation cost, from the amount deposited earlier by him with it, to his wife.
A bench comprising Justices Uday Umesh Lalit, Ajay Rastogi and Hemant Gupta observed in the judgment as follows :
"It is fundamental that a party approaching the Court must come with clean hands, more so in child custody matters. Any fraudulent conduct based on which the custody of a minor is obtained under the orders of the Court would negate and nullify the element of the trust reposed by the Court in the concerned person. Wherever the custody of a minor is a matter of dispute between the parents or the concerned parties, the primary custody of the minor, in parens patriae jurisdiction, is with the Court which may then hand over the custody to the person who in the eyes of the Court, would be the most suitable person. Any action initiated to obtain such custody from the Court with fraudulent conduct and design would be a fraud on the process of the Court".
Background Facts
In October 2020, a 3-judge bench of the Supreme Court had held by 2:1 majority that the Indian-origin father, who was then residing at Kenya, was entitled to the custody of the child. While Justices UU Lalit and Indu Malhotra(since retired) gave the custody of the son to the father, Justice Hemant Gupta dissented to hold that the mother was entitled to the custody.
The majority imposed a condition that the father should obtain a "mirror order" from the corresponding Kenyan court within two weeks to take the child to Kenya. Later, the mother filed an application stating that the father got custody by allegedly giving a forged or wrong mirror order from the Kenyan High Court. It was also alleged that  he not only refused to obey the directions granting visitation or meeting rights to the mother but also moved the Kenyan court for declaration of invalidity of Indian jurisdiction and/or laws and/or judgments denying, violating and/or threatening to infringe the fundamental rights of the Minor through purported and unenforceable judgments and orders relating to the Minor under Articles 23(3) (d) of the Constitution of Kenya.

"Such conduct, prima facie, can certainly be said to be contumacious calling for an action in contempt jurisdiction. Moreover, the non-disclosure of material facts by Perry at the relevant junctures also shows that he approached the Indian Courts with unclean hands", said the bench.

"These developments not only show the defiant and contumacious posture now adopted by Perry but prima facie support the submissions of the mother made in Interim Applications … There appears to be concrete material and reason to believe that it was a well-planned conspiracy on part of Perry to persuade this Court to pass orders in his favour and allow him the custody of the son and then turn around and defy the Orders of this Court", the bench observed in the judgment.

The following directions were issued :

The Central Bureau of Investigation (CBI), New Delhi through its Director is directed to initiate appropriate proceedings by registering criminal proceedings against Perry and to secure and entrust the custody of Aditya to Smriti, it said.

The Secretary, Ministry of External Affairs, Government of India, New Delhi, and the Indian Embassy in Kenya are directed to ensure that all possible assistance and logistical support is extended to the mother in securing the custody of the son, it said. The Guardianship Petition filed by Perry in District Court, Saket for permanent custody of the son, and the resultant proceedings arising therefrom in the High Court are dismissed, it said.

The orders granting custody having been recalled, the custody of the son with Perry is declared to be illegal and ab initio void.

Issue notice to Perry as to why proceedings in contempt jurisdiction are not initiated against him for having violated the solemn undertakings given to this Court, returnable on 16th November 2021. The Registry is directed to register Suo Motu Contempt Case and proceed accordingly, it said.

From and out of the amount of Rs.1 crore deposited by Perry in this Court, at this stage, an amount of Rs.25 lakhs be handed over to the mother towards legal expenses incurred or required to be incurred hereafter. Rest of the money shall continue to be kept in deposit with the Registry till further orders.